THIS WEEK
The University of Iowa swimming and diving team closes out the regular season Saturday in Minneapolis, facing Minnesota and Nebraska in a Big Ten Conference tri-meet at the Jean K. Freeman Aquatic Center.  Action begins at 10 a.m. (CT).

The Hawkeye women will compete against Minnesota and Nebraska (although the Nebraska meet will not be scored), while the Iowa men will face off against the Golden Gophers.

FOLLOW ALONG
Saturday’s meet will be streamed live on BTN+.
Fans can follow the meet live via Meet Mobile, Dive Meets, and through live results on hawkeyesports.com.
Follow @IowaSwimDive on Twitter for meet updates.

WHAT YOU NEED TO KNOW
• The Hawkeye men return three All-Americans in Daniel Swanepoel, Anze Fers Erzen, and Mohamed Neuman) and 19 letterwinners for the 2021 season.
• The Iowa women boast two returning All-Americans in Kelsey Drake and Sam Tamborski and 19 total letterwinners return.
• The men’s team has its top returnees in 15 of 16 events in 2021.
• The men’s 200-medley relay (Fers Erzen, Will Myhre, Sergey Kuznetsov, Aleksey Tarasenko) swam a time of 1:26.63 at Northwestern. The time is sixth-best in program history.
• Fers Erzen also moved to fourth all-time in the 100 back, swimming a 47.83 in his first competition of 2021.

CAN SHE KEEP DROPPING?
Freshman Alyssa Graves has come out of the gates hot in the first two meets of the season, swimming two of the fastest 1,000 freestyle times in school history. Graves improved from 9:55.59 to a 9:48.33 from Week 1 to Week 2.

HAWKEYE “B” CUTS
The Hawkeyes hauled in 10 NCAA “B” qualifying times by five different individuals in their season-opening meet against Northwestern and Penn State. Junior Anze Fers Erzen posted a team-best three NCAA “B” times in the 100 back, 200 back, and 400 IM, while Mateusz Arndt (200 free, 500 free), Daniel Swanepoel (100 and 200 breast) and Aleksey Tarasenko (50 free, 100 free) all posted multiple “B” cuts.

DIVING TO ZONES
• Junior Sam Tambroski posted an NCAA Zone Diving standard in Evanston, posting a 298.25 to finish as runner-up on 3-meter.  Tamborski was an All-American on the 3-meter as a sophomore.

• Freshman Sarah Ballard posted NCAA Zone Diving standards off both the 1-meter and 3-meter in her Hawkeye debut against Nebraska.   She was runner-up off the 1-meter (277.55) and was third off the 3-meter (301.05). 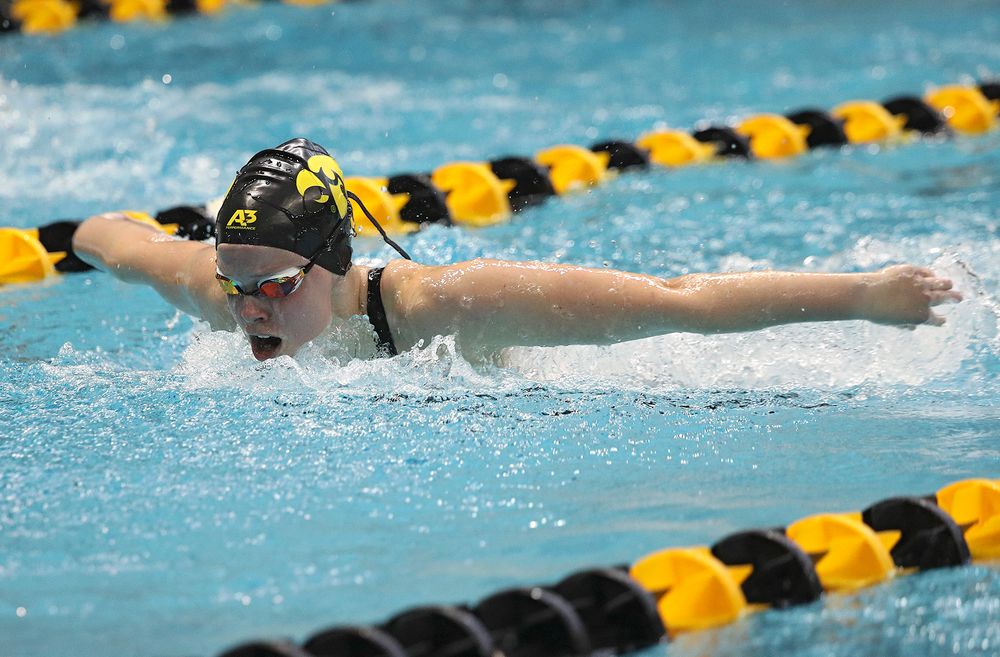 FOLLOW ALONG
Follow the Iowa swimming and diving program on social media on Facebook/IowaSwimmingandDiving, Twitter/@IowaSwimDive, and Instagram/HawkeyeSwimDive.