Keep Knocking and the Door Shall Open

“I know we’re knocking on the door,” Bluder said.

A day later, the Hawkeyes opened the door and re-entered the win column with an 88-81 decision over Nebraska in Pinnacle Bank Arena. Iowa slammed the brakes on a two-game losing streak and improved to 11-6 overall, 7-6 in the Big Ten.

“It’s time for us to finally put in all together,” Bluder said Wednesday. “I believe that with all my heart, we are knocking on the door and it’s going to open one of these days.”

That day was Thursday.

Iowa led by as many as 17 points and was particularly efficient from distance, making 12 of 24 3-point field goals. Freshman guard Caitlin Clark was 6 of 10 from 3-point range, sophomore McKenna Warnock was 4 of 8 and sophomore Gabbie Marshall was 2 of 3. 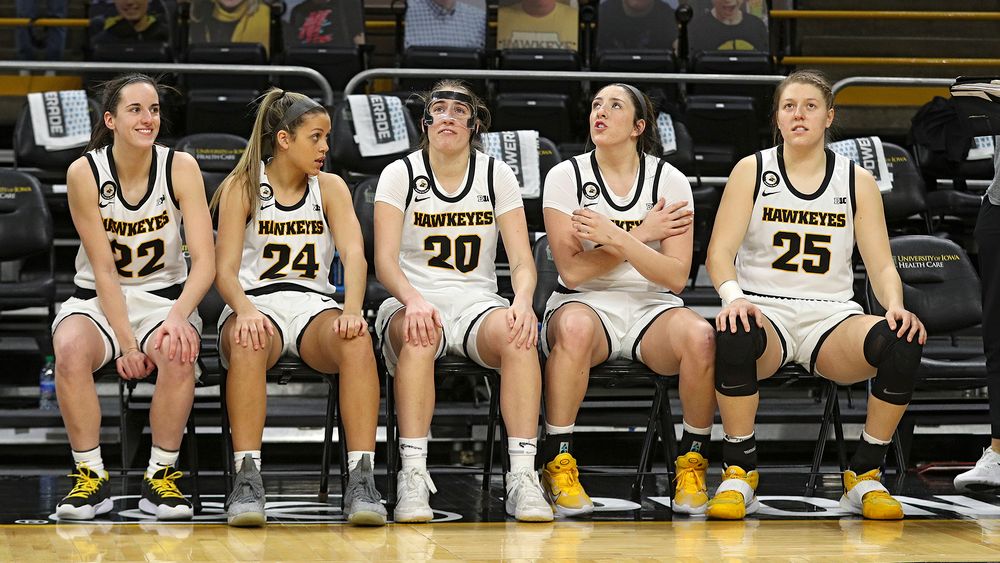 “We knew we needed this win and that’s what we came here to do. We were going to win no matter what it took. We’re a young team, so it’s easy to fall apart. We knew we were fine if we played our game, took care of the ball and got stops. We finished strong and that’s great to see.”

For the third straight game, Clark scored 30-or-more points. She left Lincoln with a career-high 39 points to complement 10 rebounds and seven assists. In 17 games, she averages 26.6 points per game.

“I saw a big step tonight in her growth and development,” Bluder said. “She was in control of the game so much more tonight as a point guard than she has been.”

How much did the Hawkeyes learn from close losses at Ohio State and at home to Indiana in a recent three-day span? For one, there was no panic when the Cornhuskers went on a 13-0 run to creep within four points with 2:18 to play. A day earlier, when talking about the rash of close games (and losses), Bluder said there are two ways a team can go in those tight situations: give up or keep working.

Iowa kept working and returned to its winning ways.

“You tell them to keep believing and pounding away and it’s going to happen,” Bluder said. “It’s nice to have some truth come out of those words tonight. It was gratifying since it is on the road and we’re neck-and-neck with (Nebraska) in the conference standings. I am proud of them because of the way they approach practice every time they come in. Optimism is there and it is so rewarding for it to finally pay off.”

The Hawkeyes kept pounding away at Nebraska, and Clark carried the biggest sledgehammer. She scored 14 of Iowa’s 23 fourth-quarter points, thanks to a perfect 8 of 8 showing from the free throw line.

“We’re really close,” Clark said Wednesday. She closed the game Thursday. The dagger was a long, long 3 from the freshman with 1:18 to play.

“Losing the game wasn’t an option” Clark said. “We knew we needed this win and that’s what we came here to do. We were going to win no matter what it took. We’re a young team, so it’s easy to fall apart. We knew we were fine if we played our game, took care of the ball and got stops. We finished strong and that’s great to see.”

Clark was joined in double figures by Warnock with 19 points and junior Monika Czinano with 17. The Hawkeyes made 30 of 59 field goals (50.8 percent) are improved to 9-1 on the season when shooting 50 percent or better from the field.

“This was a huge game for us after having some of those [close] losses,” Warnock said. “(Nebraska) is a great team, so it’s good to come in here and get a road win which are always tough, especially at Nebraska. It was good for our team to finish out a game.”

The Hawkeyes return home Feb. 18 against Penn State. The Nittany Lions are 8-8 overall, 5-7 in the Big Ten.