THIS WEEK:
The University of Iowa men’s tennis team (4-9, 4-7) remains on the road this weekend for a match against Nebraska (0-11, 0-11). The contest is scheduled to begin at noon (CT) at the Sid and Hazel Dillon Tennis Center.
Sunday will be Iowa’s third straight road contest. Five of Iowa’s final seven regular season matches are away from Iowa City. 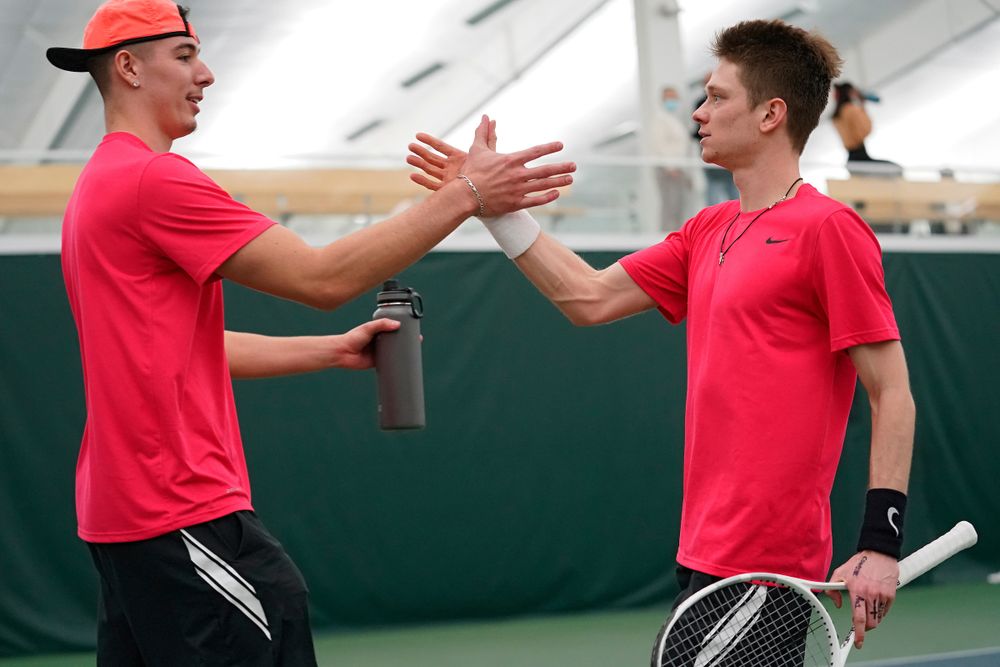 NEBRASKA BREAKDOWN:
• The Huskers are winless this year, losing all 11 of their matches. Nebraska has been shutout in its last three matches: #8 Michigan (4-0), #9 Ohio State (7-0), and Penn State (4-0).
• The doubles team of Brandon Perez and Albert Sprlak Puk are ranked No. 74 in the country.
• Nebraska’s roster consists of five juniors, four sophomores, and one freshman.
• Iowa is 15-9 all-time against Nebraska. The Hawkeyes have won six consecutive matches over the Cornhuskers, including winning 5-2 earlier this season in Iowa City on Feb. 28. Nebraska’s last victory over Iowa in 2016 in Iowa City.

HAWKEYE NOTEABLES:
• The doubles team of Oliver Okonkwo and Will Davies are ranked a program-best No. 10 nationally in the latest ITA Rankings released on Tuesday, March 30. The Hawkeye duo are 8-3 this season on court one.
• Okonkwo and Davies are in their third season as doubles partners. The duo have bounced two ranked opponents this season and 10 in the last three years.