TUSCALOOSA, Ala. — The 19th-ranked University of Iowa women’s gymnastics team scored a season-high 197.050 – the second-highest score in school history — to place third at the NCAA Tuscaloosa Regional on Friday afternoon inside Coleman Coliseum.

Iowa’s 197.050 is the highest score since 2004.  The Hawkeyes had four gymnasts tie career-bests in the meet and sophomore JerQuavia Henderson tied for the session’s individual floor title with a 9.925.

“This is so hard. I have no regrets as this was an amazing season, but I am devastated for our seniors.  I am so proud of this team for everything they have accomplished this season. They did an excellent job today and I believed that it would be enough, but unfortunately, it wasn’t meant to be.

“As we sit to wait and see if we will have any individual qualifiers moving on, I can’t help but feel frustrated by how these sessions and brackets were set up. With no disrespect to all the amazing teams and individuals that qualified, I am hopeful that in the future, we will find a better way to represent the rankings more accurately throughout the brackets. Perhaps a certain level of transparency so a team that finished 26th might understand why they were placed in a “play-in.”

“As frustrated as I am, I don’t want that to overshadow the accomplishments of my team and the teams that moved on to the next round. They all deserve to be recognized and praised for the incredible gymnastics performed today, but I still believe the system is broken.” 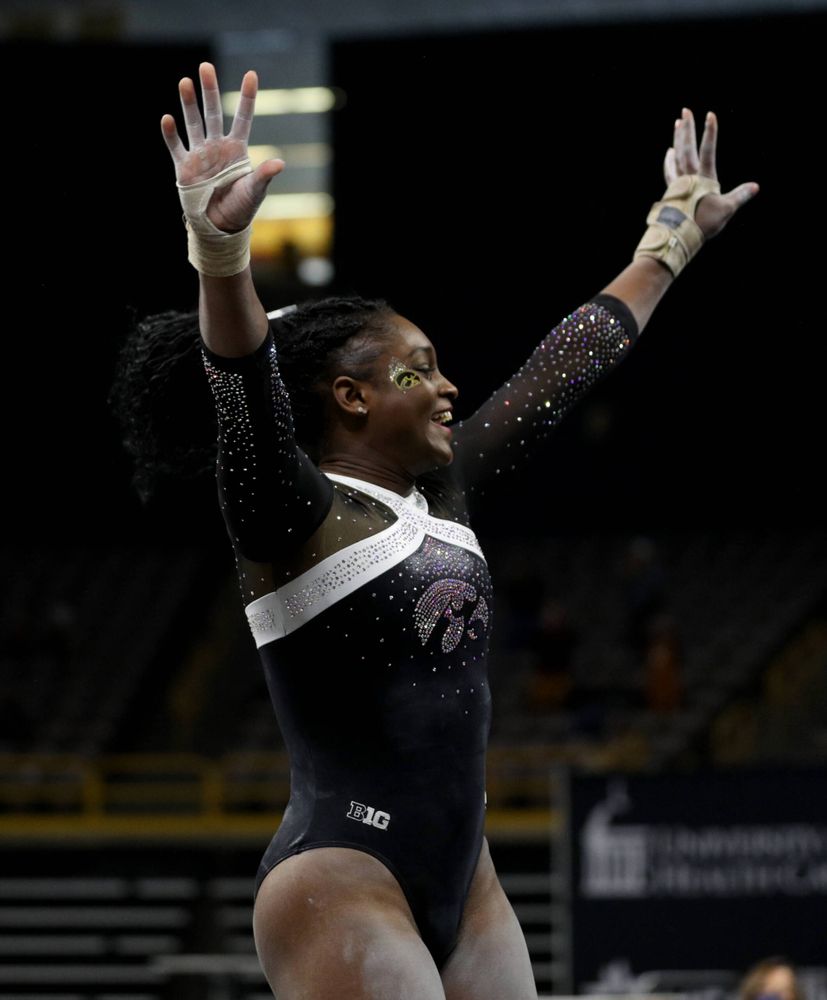 FLOOR
The GymHawks, who are No. 4 nationally and No. 1 in the Big Ten on floor, posted a 49.450 in their first rotation. Henderson led the team with a 9.925 to tie for first, while junior Alex Greenwald scored a 9.900 to tie for fourth. Senior Clair Kaji, junior Lauren Guerin, and freshman Adeline Kenlin all had 9.875 to tie for sixth. Kenlin tied her career high on floor for the third time this season.

VAULT
Iowa posted an overall score of 49.175 on vault, with one gymnast tying their career best. Henderson, Kenlin, and junior Bridget Killian all scored 9.850s. Kenlin’s score tied her career best for the fourth time this season. Guerin scored a 9.825, while Carina Tolan and Greenwald both scored 9.800s.

ALL AROUND
Henderson and Kenlin competed in the all-around. Henderson scored a 39.250, while Kenlin wrapped up her freshman year with a 29.625.