Spring is for Learning

The University of Iowa football team participated in a sixth spring practice April 10. This story was originally published in the April edition of Hawk Talk Monthly, the official award-winning e-magazine of the Iowa Hawkeyes. [Hawk Talk Monthly LINK]

IOWA CITY, Iowa — He has completed two season of college football, but this spring camp is the first for University of Iowa linebacker Jack Campbell. And judging by a show of hands, the native of Cedar Falls, Iowa, is not alone.

Prior to beginning workouts March 30, Moon Family Head Football Coach Kirk Ferentz asked the Hawkeyes who was participating in their first spring camp.

“Well over half the team” raised a hand, Campbell said. “That was kind of eye-opening.”

For a developmental program like Iowa’s, that is good news. Let the mental and physical growth begin.

“Spring ball is such a huge part of the Iowa football program,” Campbell said. “That’s when we develop people. We can focus on the fundamentals, the mental aspect of football and becoming the best individual player throughout this time. This will be a huge steppingstone for a lot of guys, including me.”

Campbell had the luxury of playing time last fall when the No. 15 Hawkeyes won their final six games to finish 6-2. Perhaps it was more than coincidence that Iowa dropped its first two games and was 1-2 while Campbell recovered from mononucleosis and was not in the lineup. By the end of the season, Campbell had blossomed into an impact player. During a 28-7 win over Wisconsin on Dec. 12 in Kinnick Stadium, he made the final tackle and also turned in one of the biggest plays of the game.

Iowa led 21-7 with five minutes remaining, but Wisconsin was on the Hawkeye 2-yard-line. On fourth-and-goal, Badgers quarterback Graham Mertz ran a naked bootleg to his right and his fullback, Mason Stokke, was open in the back of the end zone. Campbell sprinted into coverage and made a diving interception in the end zone. On the next play, Iowa’s Tyler Goodson ran 80 yards for a touchdown. In a span of 15 seconds, a possible one-possession game turned into a three possession game. 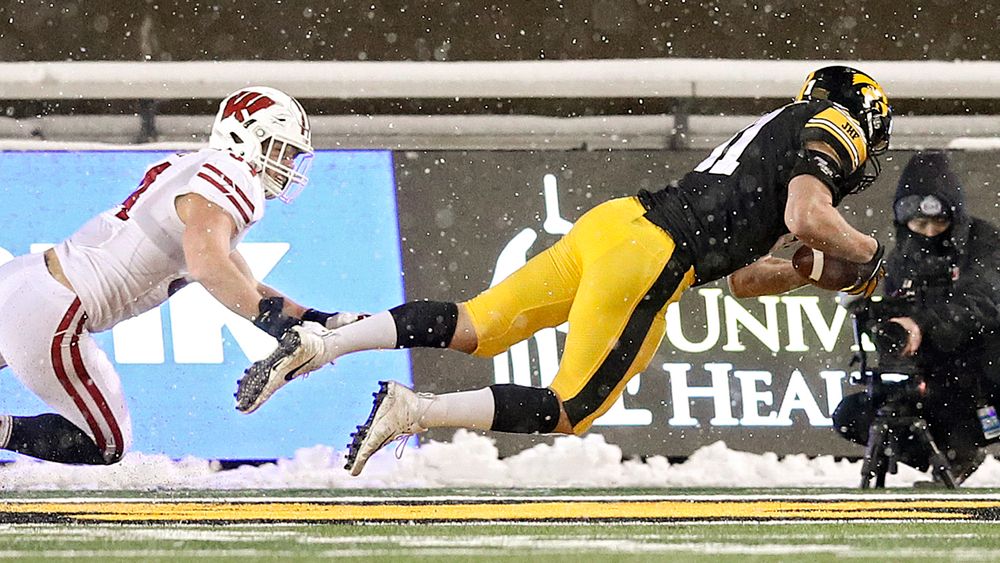 “Spring ball is such a huge part of the Iowa football program. That’s when we develop people. We can focus on fundamentals, the mental aspect of football and becoming the best individual player throughout this time. This will be a huge steppingstone for a lot of guys, including me.”

“Jack made a lot of good football plays for us last year,” Ferentz said. “He has a great attitude and instincts; he has a good feel for playing football. That interception was a signature play in my mind. I have seen that play not get made by a lot of good players. That’s not an easy play to make, especially down in that situation. It speaks to his football aptitude.”

Campbell finished the Wisconsin game with four tackles, a tackle for loss and three pass break-ups. It was Iowa’s first win over the Badgers since 2015.

“The defense ended on a strong note, in the last game especially,” Campbell said. “We all did our assignments, did what needed to be done. It was nice to be able to get the bull (Heartland Trophy) back in our building and see everyone’s face after that game — our commitment throughout the season was starting to pay off.”

Unfortunately, that was Iowa’s final game. A postseason matchup against Michigan was canceled because of coronavirus, so was the Music City Bowl against Missouri. 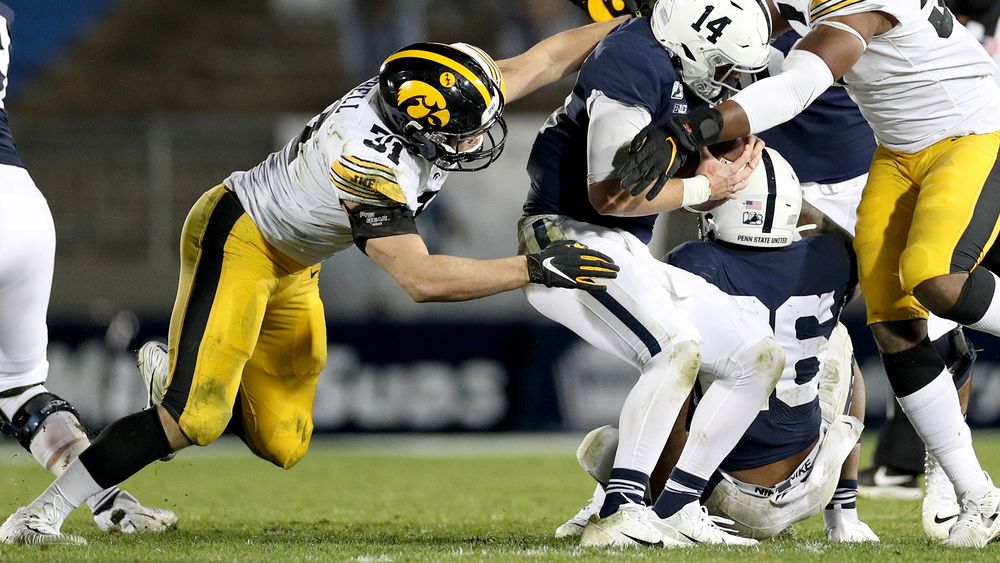 “It was pretty disappointing for the team, we were looking forward to the opportunity of playing in Nashville,” Campbell said. “We wanted to play the game because we felt we owed it to the seniors. We had a lot of guys work hard over the holidays and to not get an opportunity to go out there and show everyone what we had been working on for four weeks was disappointing. I guess that’s how 2020 went.”

Campbell played in five of Iowa’s eight games, finishing 10th on the team with 29 tackles. He added 4 ½ tackles for loss. The Hawkeye defense ranked sixth among FBS schools in scoring defense (16 points per game) and eighth in total defense (313.8 yards per game). Both those numbers were lower with Campbell in the lineup.

Now Campbell and 72 other Hawkeyes who are in their first spring camp have an opportunity to sharpen their technique and fundamentals with 15 practices that conclude May 1 with a second open practice inside Kinnick Stadium.

“Spring ball is a good time to learn and make mistakes,” Campbell said. “I’m trying to learn one thing every day that will push me to be better. As a defense, we want to be able to operate fluently. We have been working a lot on communication, that’s a vital part of our defense.”