THIS WEEK
The University of Iowa soccer team faces top-seeded Penn State on Thursday in the semifinals of the Big Ten Tournament.  The game will be played at Jeffrey Field in University Park, Pennsylvania, beginning at 4 p.m. (CT).

The Hawkeyes are one of four conference teams who survived Big Ten Regional Weekend to qualify for the Big Ten Tournament. Thursday’s semifinal victor will face the winner of Rutgers and Wisconsin in the championship game on April 18.

LAST GAME
The Hawkeyes dominated Sunday’s rematch against Minnesota, converting two scores in the first 10 minutes before shutting out the Gophers to advance to the conference tournament semifinals. Freshman Meike Ingles stole a pass from Minnesota goalkeeper Megan Plaschko in the first minute of the game, then quickly booted a shot over the keeper’s head for the first goal. Minutes later, junior Samantha Tawharu intercepted another pass from Plaschko and arced a deep shot from well outside the penalty box and bent it into the goal. 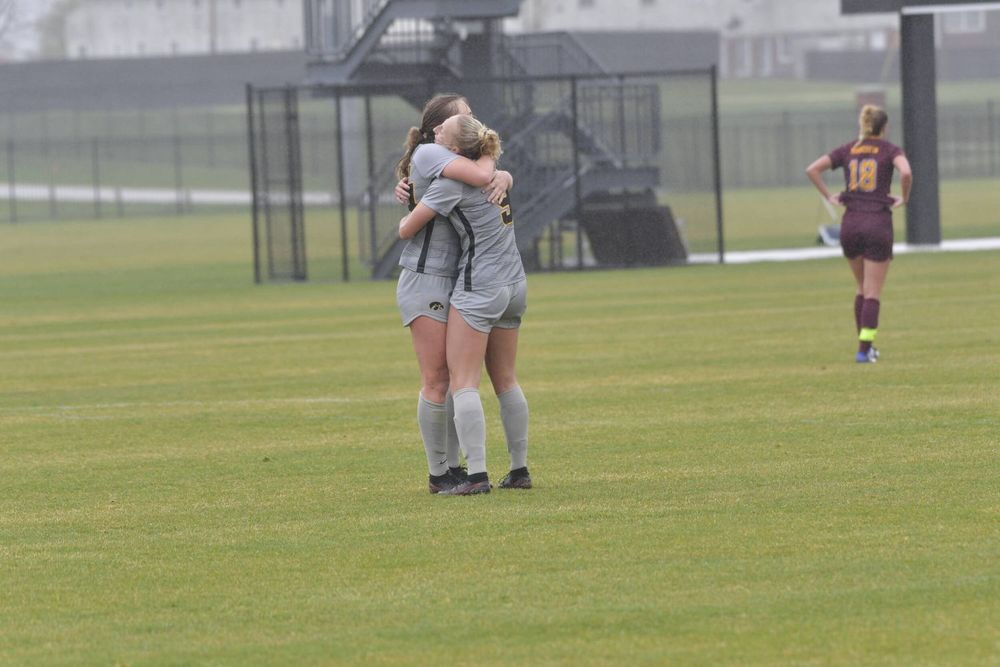 ENNEKING AT GOALKEEPER
Freshman goalkeeper Macy Enneking notched three saves against Minnesota en route to her fourth career victory. The Hilliard, Ohio, native has given up just three goals in 594:14 minutes of game time this season, holding opponents to one score (3) or a shutout (3) in each of her six starts. Enneking has notched a conference-best .912 save percentage this season.

FRESHMEN STRONG
Six Hawkeye freshmen have started games this season.  Rielee Fetty has started a freshman-high 12 contests, while Maggie Johnston has started six games. Meike Ingles and Aleisha Ganief have each started 10 contests, and Jalyn Mosley has been in the starting 11 three times before being injured in the win at Maryland. Enneking made her first collegiate start against the Terps.

GETTING CHANCES
The Hawkeyes have out-shot their opponents in seven of 13 games this season. Junior Hailey Rydberg (35) and freshman Meike Ingles (27) lead the way in shot attempts, taking 45 percent of the team’s shots.

LOOKING AHEAD
The winner of Thursday’s game will advance to the championship game on April 18.