Enneking was the only unanimous selection on the All-Freshman Team this season. She leads the conference in save percentage (.912) and has racked up 31 saves, while allowing just three goals across 594:14 game minutes this season. Her goals against average sits at 0.45.

The Hilliard, Ohio, native played her first collegiate minutes against Rutgers on March 18 and has started every game since. The Hawkeyes are 4-2 in games Enneking has started in goal this season with three shutouts.

It is the second straight year Iowa has had an All-Freshman team honoree, as forward Gianna Gourley earned the distinction in 2019. Enneking is the first goalkeeper to earn the accolade since Emily Moran in 2008.

Senior Diane Senkowski was also named Iowa’s recipient of the Big Ten Sportsmanship Award. The Michigan native, who is the team’s lone senior, has started 10 games and has played the entirety of seven contests this season.

The Hawkeyes will face top-seeded Penn State in the Big Ten Tournament semifinals on Thursday afternoon at 4 p.m. (CT). The game will be held at Jeffrey Field in University Park, Pennsylvania. 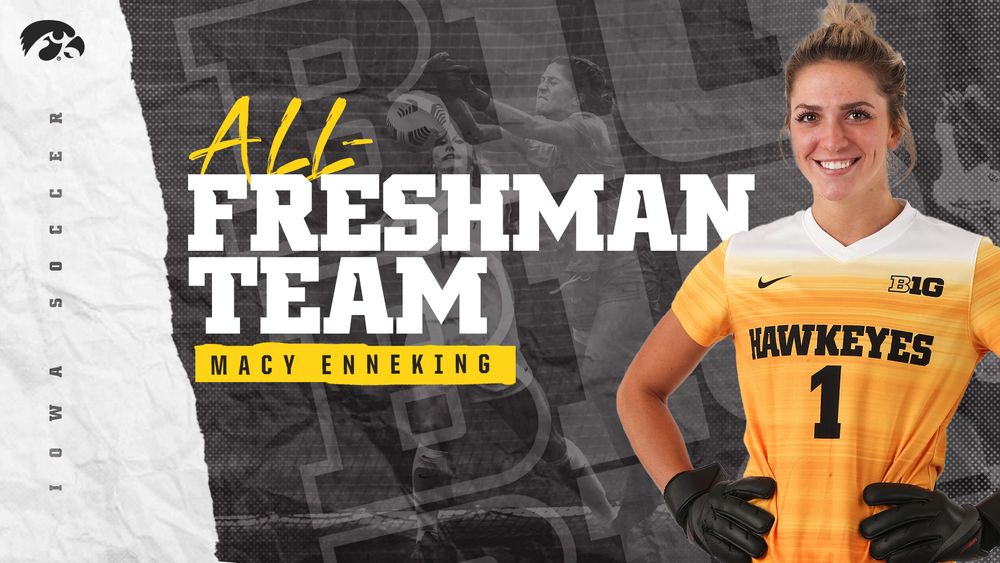