THIS WEEK:
The Iowa men’s tennis team (4-12, 4-10) closes out the regular season with a pair of road matches this weekend. The Hawkeyes will travel to Madison for a Friday match against Wisconsin (3 p.m.), followed by a trip to Minneapolis versus No. 49 Minnesota on Sunday (noon).

FOLLOW THE ACTION LIVE:
Fans can follow the action from every home match this season with live scoring and/or live stream via PlaySight. Click on the live links on the Iowa Men’s Tennis Schedule page at hawkeyesports.com.

DAVIES/OKONKWO RANKED SECOND:
The doubles team of Will Davies/Oliver Okonkwo have ascended to No. 2 in the country, the highest ranking of any doubles team in program history. The duo was last ranked No. 10 and beat two top 15 teams last weekend to move up in the rankings.
The tandem is a commanding 10-2 this season on court one, including 4-1 against ranked opponents this spring.

DAVIES CLIMBING WINS CHART:
Will Davies continues to climb the program’s win chart. The senior won a pair of doubles matches over top 20 opponents last weekend with partner Oliver Okonkwo to move within one win (71) of the school record set by Will Vasos (72). Davies also has 72 career singles victories, a total that ties him with Christian Bierch for seventh. 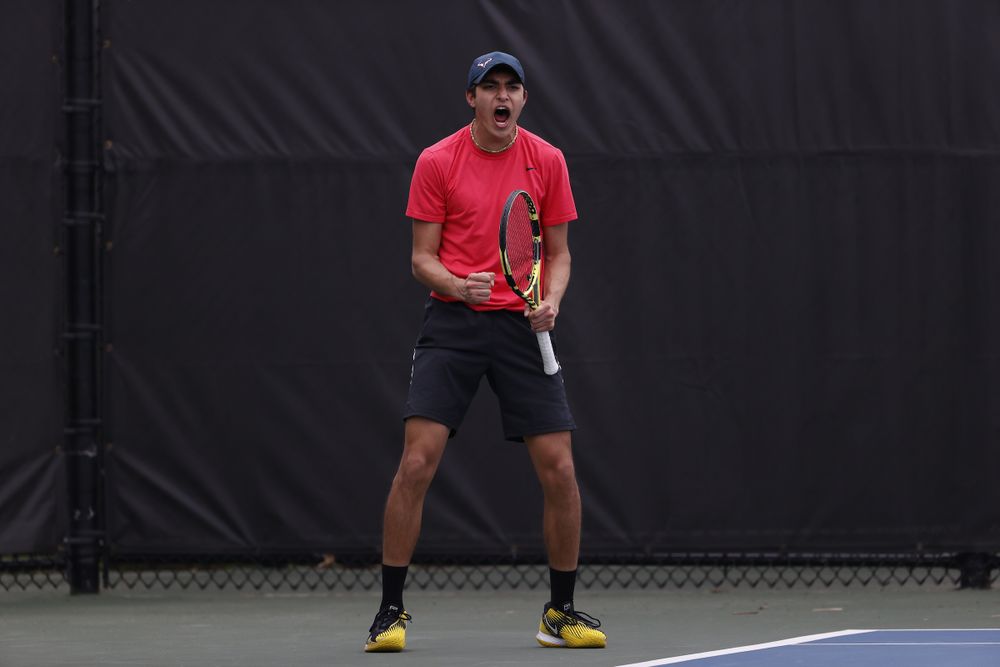 WISCONSIN BREAKDOWN:
• The Badgers are 4-11 this season. Wisconsin has lost five of its last six, including three straight. The Badgers were edged by border-rival Minnesota (4-3) last weekend in Madison.
• Wisconsin’s roster of nine is comprised of five upperclassmen and five international student-athletes.
• Iowa is 35-69-2 all-time against Wisconsin. The Hawkeyes’ last victory of the season came against the Badgers in Iowa City (5-2) on March 12.

#49 MINNESOTA BREAKDOWN:
• The Golden Gophers are 8-6 this season. Minnesota has won four of its last six matches, dating back to March 21.
• Minnesota is 4-1 in matches decided by one point this season.
• The doubles team of Troost/Lobak is ranked No. 15 in the country.
• Minnesota’s roster of nine has five international student-athletes and three seniors.
• Iowa is 37-60-3 all-time against Minnesota. The Golden Gophers narrowing beat the Hawkeyes earlier this season in Iowa City (4-3) on March 14.