Iowa Finishes in 5th at the NCAA Qualifiers

MINNEAPOLIS – The seventh-ranked University of Iowa men’s gymnastics team finished fifth in the Session II qualifier for the 2021 NCAA Championships on Friday night inside Maturi Pavilion. The Hawkeyes had their third-best team total of the season (401.120), but it wasn’t enough as only the top three teams in the session advance to Saturday’s NCAA Finals.

Iowa was led by the all-around duo of junior Evan Davis and senior Bennet Huang.  Davis was second in the competition with a score of 81.931, while Huang took third with an 81.898.

The Hawkeyes will still be represented in Saturday’s individual finals with Huang and Davis competing for the all-around title, junior Peyton Hobson on rings, sophomore Amari Sewell on vault, and sophomore Carter Tope on high bar.

“This team was absolutely incredible this year. So much more than any of us ever expected. There were so many phenomenal individual performances tonight, which is exactly why they are competing one more time in the NCAA Finals. One more night to represent.” 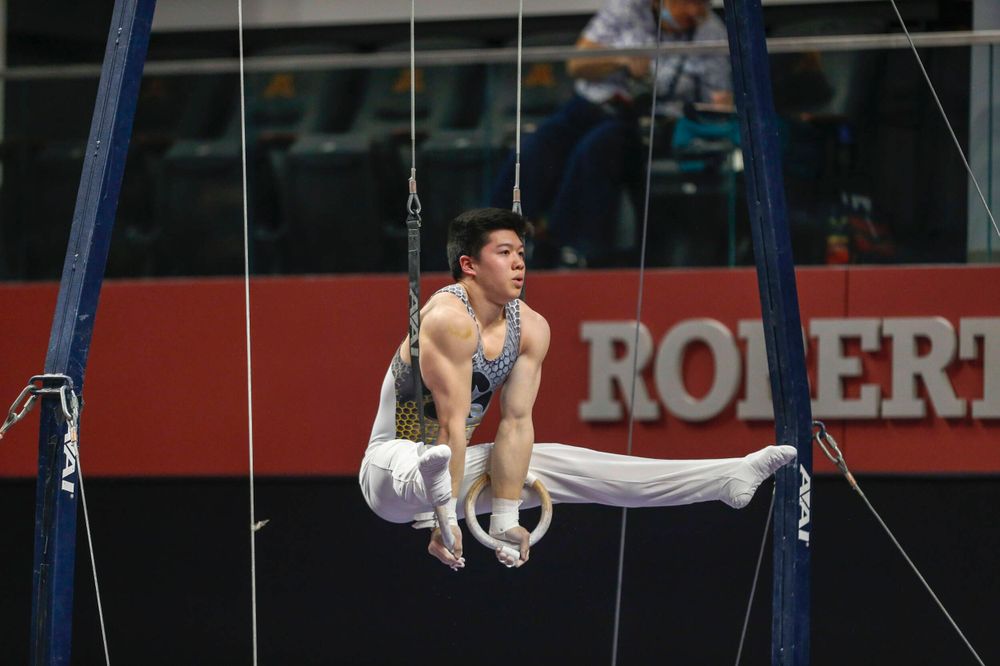 The final rotation of the Hawkeyes season was highlighted by Davis, Huang, and junior Noah Scigliano. Davis shared 15th with his 13.133, and Huang and Scigliano’s 13.066 placed them in a tie for 18th. Iowa’s final rotation’s team score was 64.431.

Saturday’s competition will begin at 7 p.m. (CT) in Minneapolis.