THIS WEEK:
The Iowa men’s tennis team (5-12, 5-10) will face Michigan State (5-13, 5-11) on Thursday in the first round of the Big Ten Championships, held at the Sid and Hazel Dillon Tennis Center on the campus of the University of Nebraska. The winner of Thursday’s match will face nationally-ranked Ohio State on Friday at 10 a.m. (CT).

FOLLOW THE ACTION LIVE:
Fans can follow the action this weekend with live scoring. Click on the live link on the Men’s Tennis Schedule page at hawkeyesports.com.

DAVIES/OKONKWO RANKED FOURTH:
The doubles team of Will Davies/Oliver Okonkwo are ranked No. 4 in the country. The duo was ranked as high as second, the highest ranking of any doubles team in program history. Davies/Okonkwo last beat two top 15 teams the weekend of April 9-11, to move up in the rankings. The tandem is a commanding 10-2 this season on court one, including 4-1 against ranked opponents this spring. 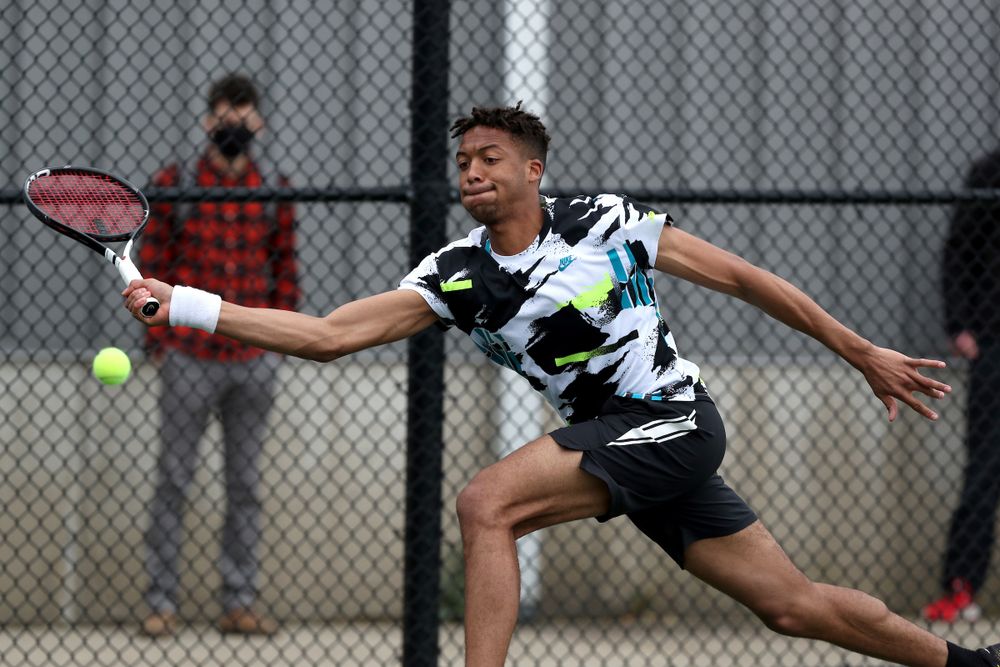