IOWA CITY, Iowa — Junior midfielder Hailey Rydberg was voted as the University of Iowa soccer team’s Most Valuable Player for the 2021 season, it was announced Friday. 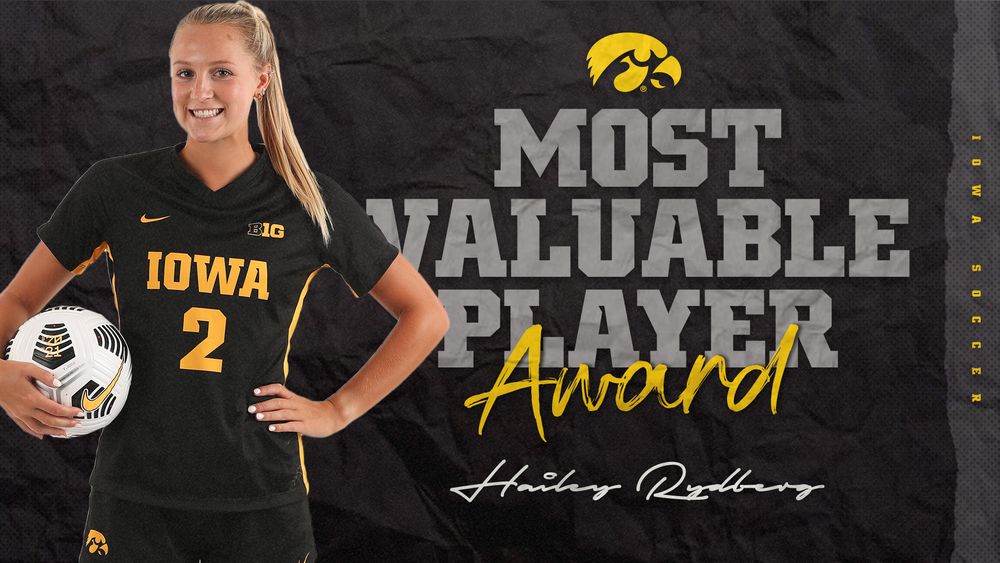 Rydberg, a native of Saint Charles, Illinois, was named a team captain this season and started each of Iowa’s 17 games this spring. Rydberg played the entirety of seven games and played a critical role as both an offensive felicitator and a disruptor on defense. Her two assists led the Hawkeyes this season, and her vocal leadership helped guide the young team to a historic postseason run. 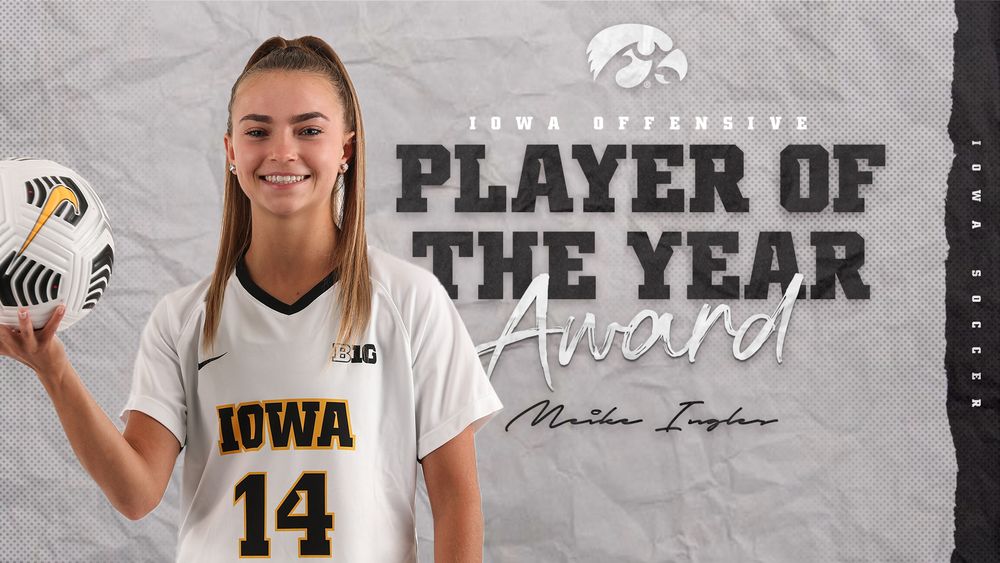 Ingles, who hails from Shelby Township, Michigan, burst onto the college scene this season, leading the Hawkeyes with four goals. Meike “Postseason” Ingles earned her nickname by burying each of her scores during Iowa’s tournament winning streak. The freshman’s first three goals were game winners in the Big Ten Tournament against Illinois, Minnesota, and No. 4 Penn State. Ingles also assisted the game-winning goal against Wisconsin in the tournament final and netted Iowa’s only score against No. 3 UCLA in the Second Round of the NCAA Tournament. 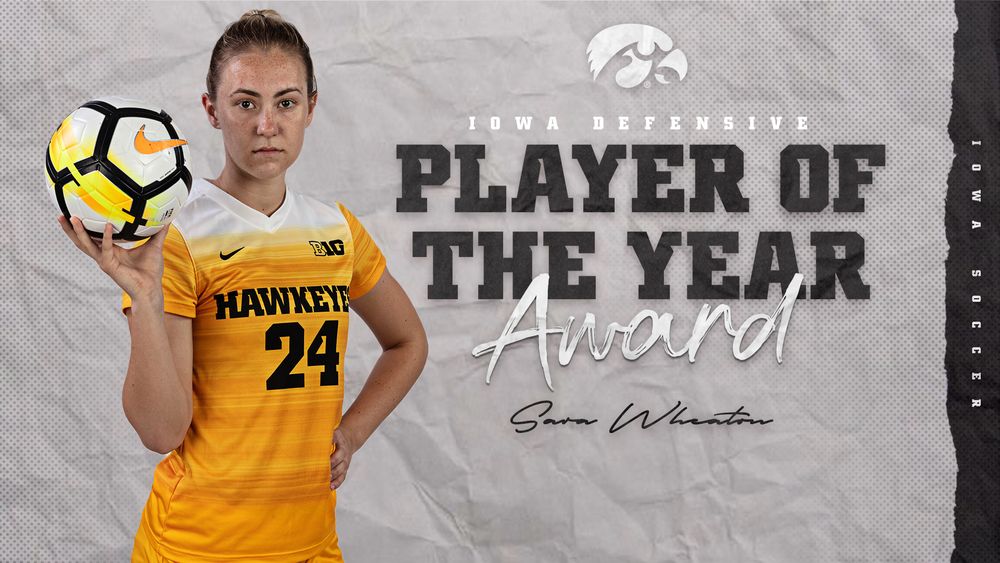 Wheaton was another crucial leader for the Hawkeyes, playing the entirety of 16 games this season, missing just one contest due to injury. The Chandler, Arizona, native scored two goals this season, which tied for the second-most on the team. Her score against Campbell in the first round of the NCAA Tournament was a game-winner, clinching Iowa’s first victory at the event in program history. Wheaton’s greatest contribution, though, was anchoring a Hawkeye defense that notched seven shutouts and held opponents to one score or fewer in 12 of 17 games. 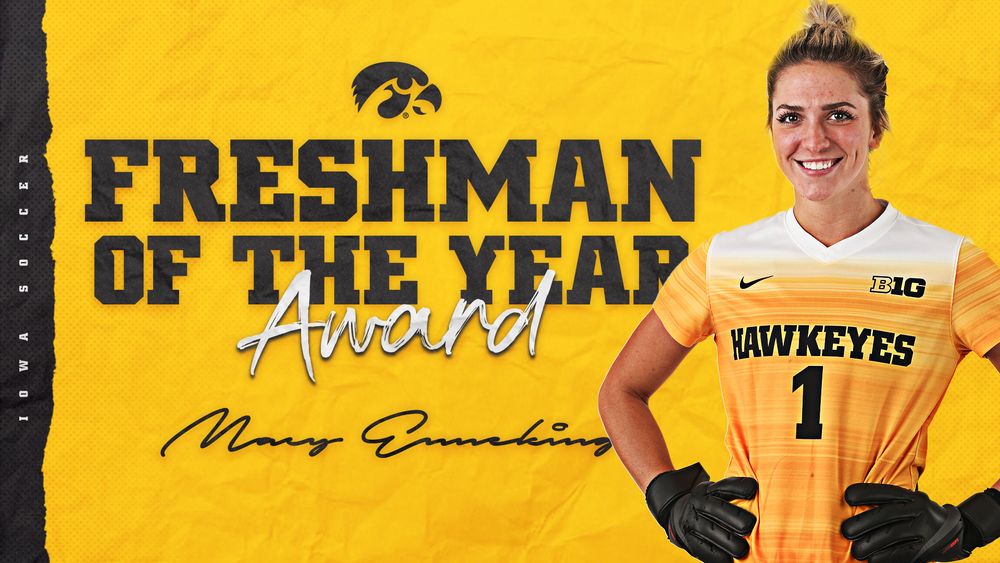 Enneking’s Newcomer of the Year honors compliment her Most Outstanding Defensive Player honor at the Big Ten Tournament and her unanimous selection to the Big Ten All-Freshman team. The Hilliard, Ohio, native tallied 52 saves across 10 games this season, including seven wins and six shutouts. Enneking led the conference in save percentage (.896) and goals against average (.521). She made nine starts this season, allowing just five goals in 956 game minutes. 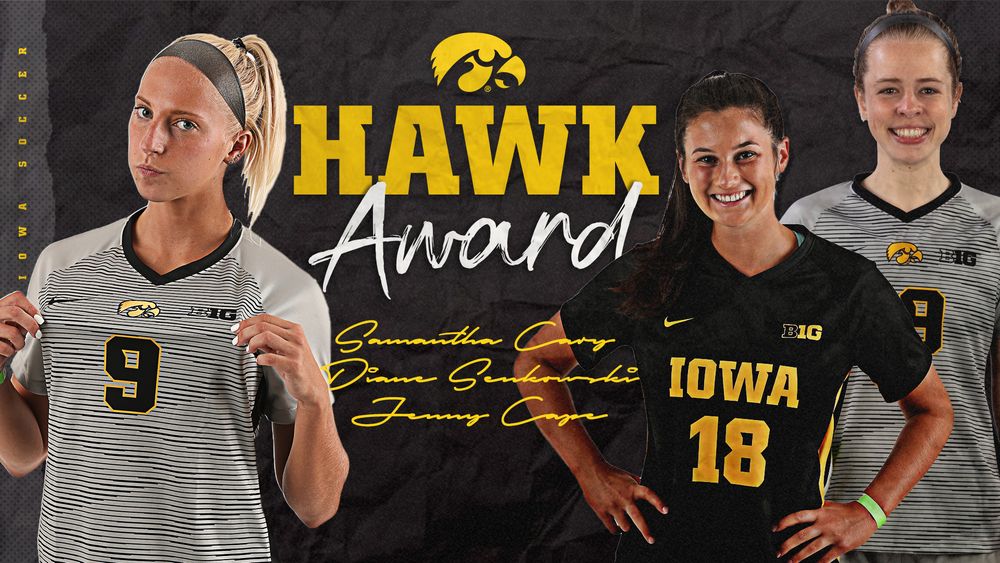 The Hawk Award recognizes players that are strong in the classroom, community, and on the pitch. This year’s recipients represent a cross section of the team. Senkowski is the team’s lone senior. The Livonia, Michigan, native played in all 17 games this season and started the final 14, providing leadership to one of the country’s most youthful squads and contributing to the stifling Hawkeye defense.

She passes the torch to Cary, one of the only underclassmen to start on defense this season. Cary, who is from Saint Charles, Missouri, started 16 of 17 contests and notched an assist on the Iowa game-winner against Campbell.

Junior Jenny Cape rounds out the award recipients. The Brookfield, Wisconsin, native represents a talented junior class that had to step into a leadership role this season. The forward saw the field in every game this season and notched one goal, a game-winner against Wisconsin in to clinch the Big Ten Tournament title.

After opening the season with a scoring drought that resulted in an 0-6-1 record to start the year, this 2021 Hawkeye squad finished the year with a historic postseason run. Iowa finished the year 7-9-1, winning five straight postseason games to earn the program’s first Big Ten Tournament title and NCAA Tournament victory. Iowa downed No. 4 Penn State and avenged four regular season losses at the conference tournament and took down Big South Champion Campbell on that run before eventually falling to No. 3 UCLA. Iowa led that final game for 80 minutes before the Bruins tallied two quick scores at the end of regulation, bringing the historic run to a close.