IOWA CITY, Iowa — University of Iowa redshirt junior Will Davies and redshirt sophomore Oliver Okonkwo are set to take to the court at the 2021 NCAA Doubles Championships in Orlando, Fla.

Tournament draws and brackets will be released Saturday. The competition runs May 23-28.

HOW TO WATCH
The USTA and the NCAA have partnered with the TennisOne app to be the live-streaming platform for the 2021 NCAA Tennis Championships. The TennisOne app features every match from the individual tournament with commentary for the singles and doubles finals. 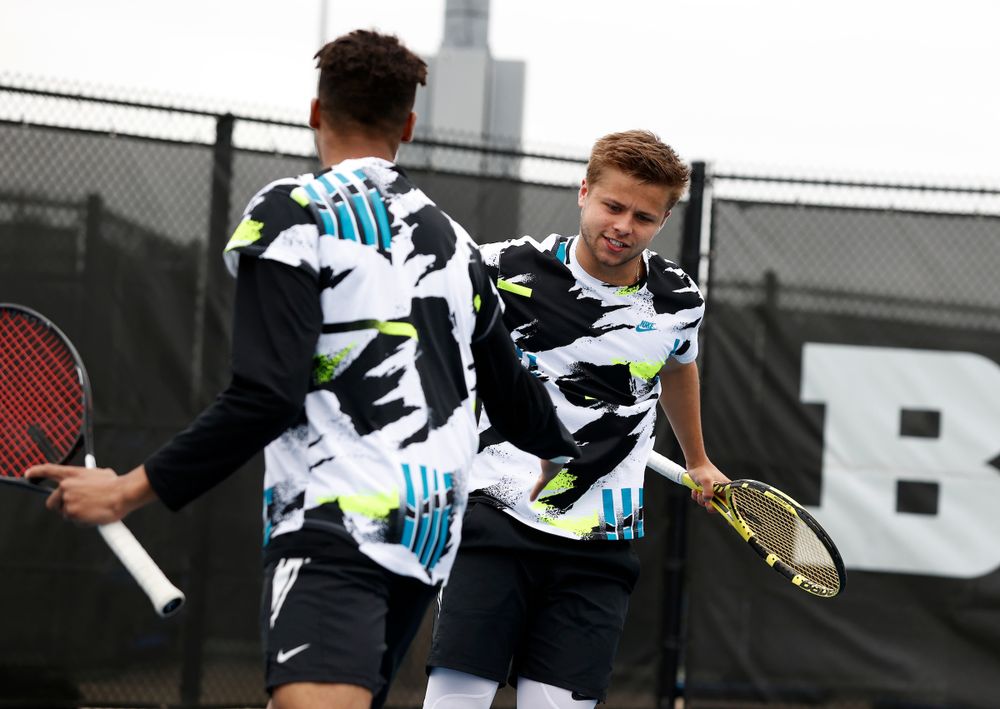 ABOUT THE HAWEYES DUO
The pair qualified for the national tournament by receiving the Big Ten’s automatic bid. They are only team from the Big Ten to get this opportunity to play in the 32-team national men’s doubles bracket.

“Qualifying for the NCAA Championships is a remarkable achievement, but we still have work to do.” Davies said.

Davies/Okonkwo have a record of 10-2 and have reached as high as No. 2 in the national rankings . The duo had wins this season over four ranked opponents, the best being against No. 7 ranked duo of Brookes/Bratholm from Northwestern.

“We are confident in our pairing. We have confidence that we will play well and do the best we can.” Okonkwo said.

Competition is set to begin Sunday.