Orlando, Florida — Nationally-ranked University of Iowa men’s tennis doubles team Will Davies and Oliver Okonkwo lost its Round of 32 doubles match on Monday at the NCAAA Championships. The single elimination national tournament is held at the USTA National Campus in Orlando, Florida.

Davies/Okonkwo faced off against North Carolina’s second-seeded and third-ranked tandem of William Blumberg/Brian Cernoch. The Hawkeye duo, ranked 17th nationally, started off strong taking a 6-5 lead in the first set, but the Tarheels were able to tie it up and send the first set to a tiebreaker. The Hawkeyes ultimately were edged in the first set, 7-6 (9-7).

The Tar Heels recorded a 6-2 victory in the second set to clinch the match and advance to the Round of 16. 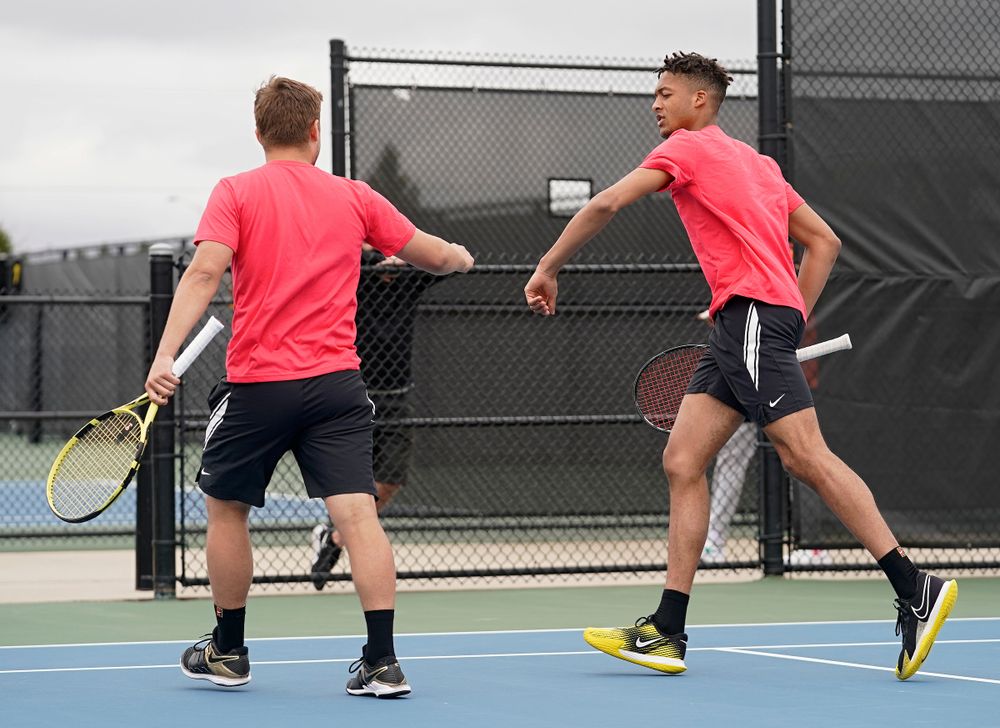 Davies/Okonkwo became just the seventh doubles team to qualify for the NCAA Championships, and first in over three decades.

Today was the last time the duo of Davies/Okonkwo played together representing the Hawkeyes. The tandem finished with a record of 10-3 this season, ascending as high as No. 2 in the nation in mid-April.
May 24, 2021 | 5 p.m. CT | Orlando, Florida | UCF Tennis Complex