IOWA CITY, Iowa – Former Hawkeye assistant coach and recruiting coordinator and head coach of the Iowa Flyers Swim Club (IFLY) Nathan Mundt has been named the seventh head coach in the history of the University of Iowa women’s swimming and diving program. The announcement was made Monday by Henry B. and Patricia B. Tippie Director of Athletics Chair Gary Barta.

Mundt has more than 15 years of coaching experience, including being the head coach at Western Illinois, where he was voted the 2007 Mid-Continent Conference Women’s Coach of the Year. Mundt coached 33 NCAA All-Americans during his first Hawkeye stint from 2008-16.

“We’re excited to welcome Nathan back to the Iowa coaching family,” said Barta. “He has proven himself as a leader in the swimming community within the state and beyond throughout his career. His history of success and his familiarity with the program make him a perfect fit to lead this program.”

“I am thrilled to become the head coach of women’s swimming and diving at the University of Iowa. I would like to thank Gary Barta, Barbara Burke, Marcus Wilson, and the entire search committee for granting me this opportunity. I’m excited to lead the program into the future.”

“I am thrilled to become the head coach of women’s swimming and diving at the University of Iowa,” said Mundt. “I would like to thank Gary Barta, Barbara Burke, Marcus Wilson, and the entire search committee for granting me this opportunity. I’m excited to lead the program into the future.” 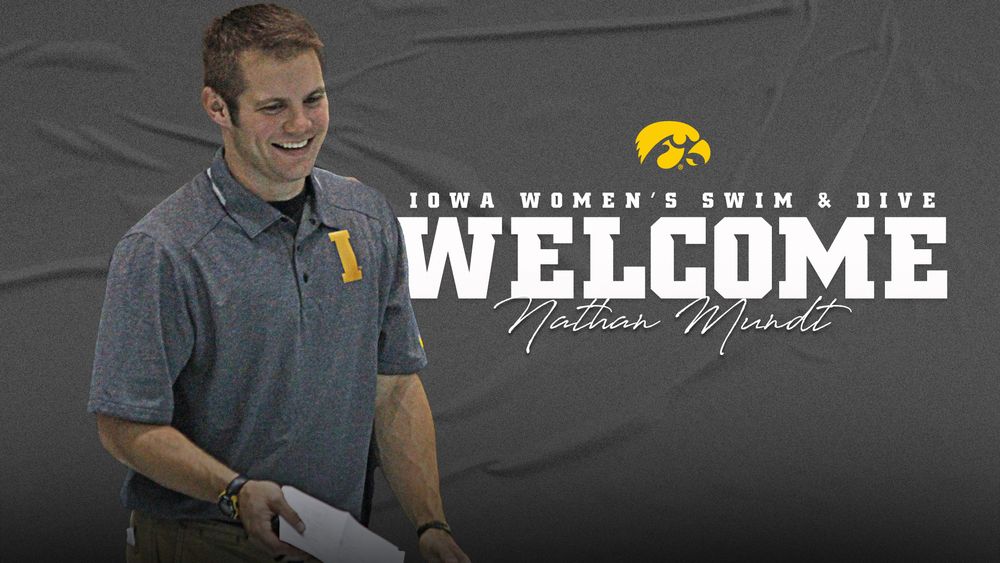