IOWA CITY, Iowa – Quest Hayden has been named an assistant coach with the University of Iowa women’s gymnastics program, it was announced Friday by head coach Larissa Libby.

“We are excited to welcome Quest to the Hawkeye family,” said Libby, the 2021 Big Ten Coach of the Year. “We had an incredible group to choose from and after having the same assistant for five seasons, I knew this would be a difficult decision.

“Quest comes from a strong gymnastics background and has been developing his vision of what a great coach should be from a young age. Once he came to campus and interacted with our team and staff, he was the clear choice.

“Quest is focused, disciplined and goal-oriented and while I am impressed with him from a gymnastics standpoint, it was his overall character, his genuine conversations with our team and comfort with our staff that made the difference. I look forward to having the opportunity to work with Quest and welcome him to the GymHawk family.”

Hayden spent the 2020 season at North Carolina, where he helped the Tar Heels to a No. 41 national ranking. Hayden coached Elizabeth Culton to All-America honors and to an EAGL bar and all-around title. Culton also represented the Tar Heels at the NCAA Athens Regional. 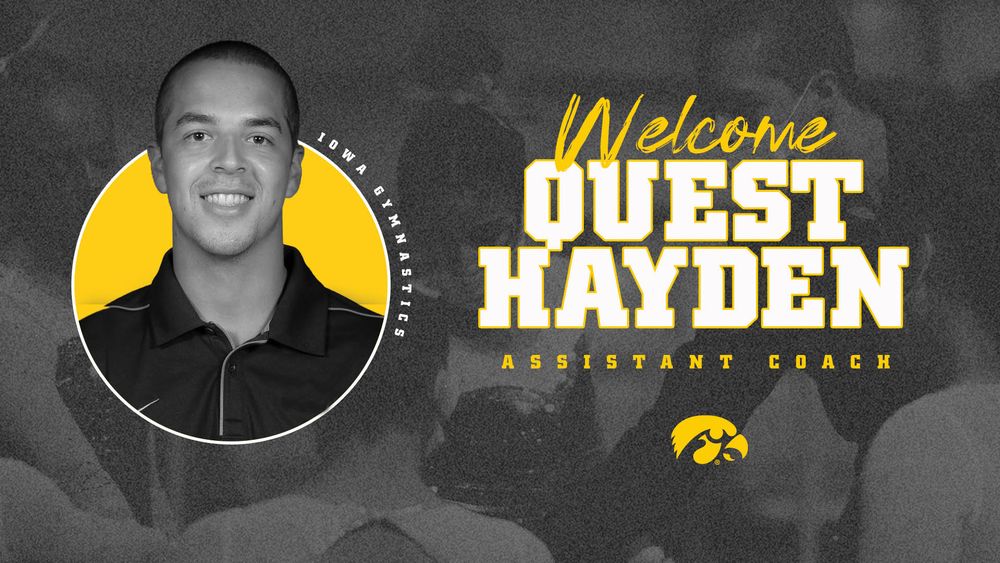 “I am excited to be back in the Big Ten and part of a prestigious and reputable program,” said Hayden. “The program has been improving each year and I have had my eyes on Iowa for a long time. I am fortunate to be able to work with such a great team and am confident that this team will continue to grow in and out of the classroom.

“I can’t wait to be in Iowa City and couldn’t be happier to be a part of the Hawkeye family.”