IOWA CITY, Iowa — The University of Iowa’s football contest versus Minnesota, scheduled for Nov. 13 at Duke Slater Field at Kinnick Stadium, is sold out. The announcement was made Tuesday by the UI Athletics Department.  The Minnesota game is the Military Appreciation black out game. A kickoff time for the game has not yet been announced.

Ticket information is available at hawkeyesports.com/tickets.

FANS TAKE NOTE
The UI Athletic Ticket Office is anticipating high demand and fraudulent ticket activity for Saturday’s matchup against Purdue. Fans should be aware of potential scams and always purchase from a guaranteed source. 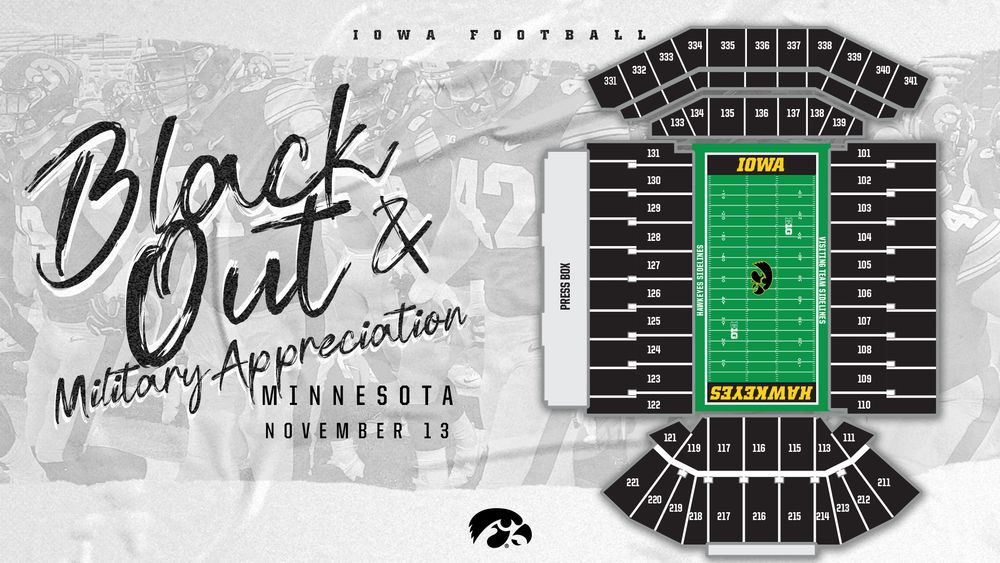