THIS WEEK
The University of Iowa women’s swimming and diving team will travel to Ames, Iowa, for an Iowa Corn Cy-Hawk Series dual against Iowa State on Friday. Competition will begin at 6 p.m. (CT) in Beyer Pool.

FOLLOW LIVE
• Live results for the meet at Iowa State will be available on Meet Mobile and live video will be available via Facebook Live @CycloneSD.
• Fans can also follow the Hawkeyes on Twitter/IowaSwimDive for live meet updates.

WHAT YOU NEED TO KNOW
• Nathan Mundt is in his first season as head coach after spending six years as head coach of the Iowa Flyers Club. Mundt previously was an assistant coach for the Hawkeyes from 2008-16.
• Iowa has won the last 10 meetings in the pool against Iowa State. The Hawkeyes won the last dual in 2019, 179-121, to clinch the 2019 Iowa Corn Cy-Hawk Series.
• Iowa returns 10 letterwinners from last season’s squad, including senior diver Sam Tamborski, who was a 2021 NCAA qualifier.

IOWA CORN CY-HAWK SERIES
The Hawkeyes lead the Iowa Corn Cy-Hawk Series, 9-4, with victories in football, women’s soccer, volleyball and wrestling. Iowa State notched victories in men’s and women’s cross country.
• Six more points are on the line this week as Iowa and Iowa State meet in women’s basketball on Wednesday, men’s basketball on Thursday and in the pool on Friday.

TAMBORSKI CONTINUES TO DELIVER
Senior Sam Tamborski is off to a strong start to the 2021-22 season, winning four of the six diving events in her first three duals. She qualified for the finals off both the 1-meter and 3-meter springboards in Atlanta, finishing fifth (266.15) off the 1-meter and sixth (281.40) off the 3-meter. 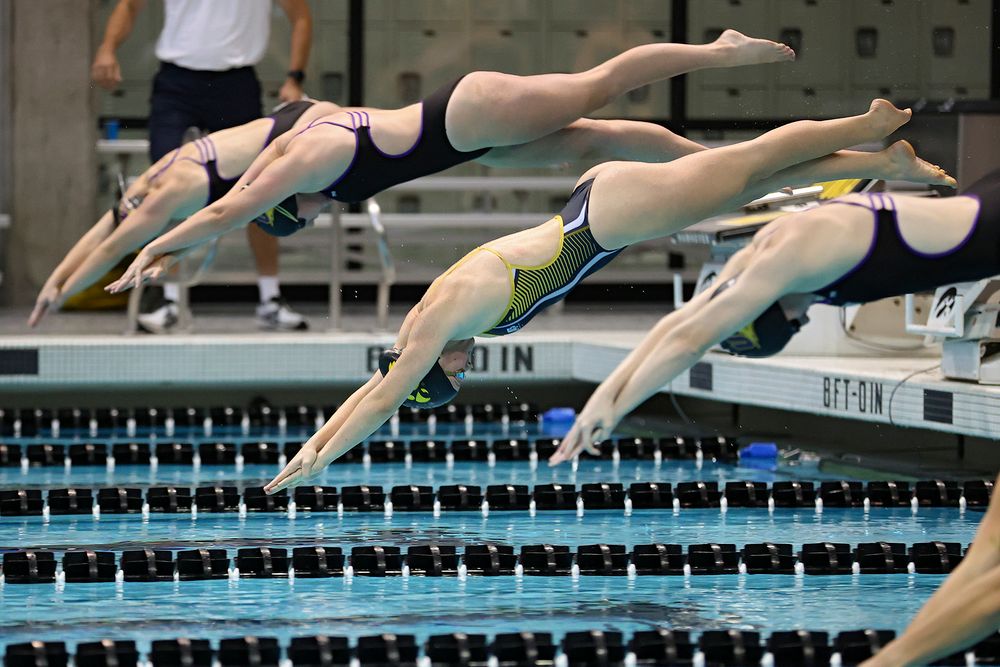 HAWKEYE COACHING STAFF
• Nathan Mundt returns for his second stint with the Hawkeyes and he becomes the seventh head coach in program history. The Indiana native served as an assistant coach and recruiting coordinator from 2008-16 where he coached 33 All-Americans and 42 NCAA qualifiers and helped the Hawkeyes to six top 40 NCAA finishes and 115 school records.
• Diving coach Todd Waikel enters his ninth season with the program. Waikel has coached five All-Americans during his tenure in Iowa City and 15 NCAA Championships qualifiers.
• Mona Groteguth-Garcia completes the Hawkeye coaching staff, coming to Iowa City following a two-year stint at TCU. She helped the Horned Frogs to back-to-back third-place Big 12 Conference finishes — the best for the program since 2012-13. Groteguth-Garcia also coached at the University of Indianapolis from 2017-19 and she swam collegiately at North Texas.

UP NEXT
The Hawkeyes will return to action on Jan. 15, traveling to Champaign, Illinois, for a Big Ten dual against the Fighting Illini.