No. 13 Iowa Wraps up Big Ten Regular Season at No. 8 Minnesota

MINNEAPOLIS – The 13th-ranked University of Iowa Iowa women’s gymnastics posted a 196.375 at No. 8 Minnesota in its Big Ten regular-season finale on Friday night inside Maturi Pavilion.

Six gymnasts either tied or set season-highs with five placing in the top three in four events.

Bars
Iowa posted a 48.00 in its first rotation of the meet. Junior Allyson Steffensmeier had the highest score for the team, finishing with a 9.850 to place seventh. Senior Alex Greenwald scored a 9.825, which is her second-highest score of the season. Sophomore Adeline Kenlin scored a 9.750, while sophomore Kareena Mcsweeny scored a 9.725 in her third competition this season. Junior JerQuavia Henderson posted a 9.650, and junior Ellinor Rogers scored a 9.525.

Vault
The Hawkeyes, going up against the No. 1 team on vault, scored 49.200. Four gymnasts tied or set new season-highs. Senior Bridget Killian set a career-high 9.900 to tie for second place with Henderson, who recorded her second-highest score of the season. Henderson’s second-place finish is her eighth top-three finish on vault. Senior Lauren Guerin tied her season-high, scoring a 9.850, Greenwald set a season-high 9.775 and sophomores Kendall LaPlante and Allison Zuhlke recorded 9.725 and 9.775, respectfully. 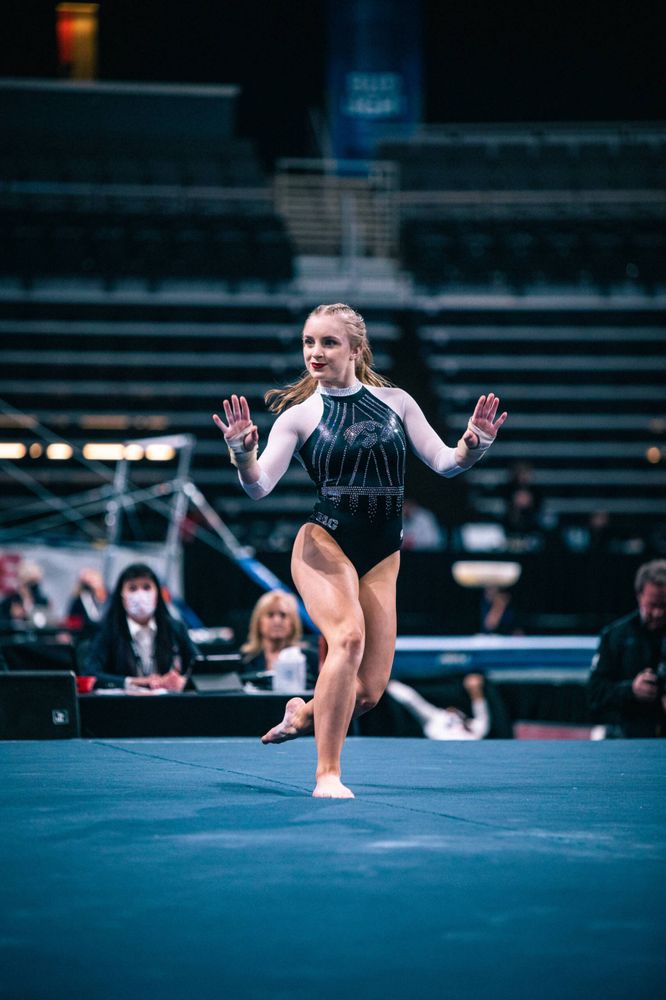 All-Around
Henderson was the only Hawkeye to compete in the all-around, scoring a 39.125. The junior recorded her fifth top-three finish in the event, and 24th overall of the season.

UP NEXT
The Hawkeyes will travel to Ames, Iowa, for the Iowa Corn Cy-Hawk Series matchup against No. 21 Iowa State on March 4. The meet is set to start at 6:30 p.m. (CT) and it will be streamed on ESPN+.