Henderson was named to the first team for a second straight season, while Guerin, Kaji, Kenlin and Killian were second team honorees. The five honorees are the most for the program since 2017 and are tied for the most in a single season in program history.

Guerin and Kaji’s honors are the fourth of their career. They are the second and third gymnasts in program history to earn four career All-Big Ten distinctions, joining Kim Baker (1993-96). Henderson is the first Hawkeye since Mollie Drenth in 2016 and 2017 to earn first-team honors in consecutive seasons.

Henderson earned the first-team distinction after winning 12 event titles and tallying 27 top three finishes during the regular season. The Peoria, Illinois, native tied her own school record on floor, posting a 9.975 in the dual win over Penn State and she posted a 9.900 or higher in every meet in the event. 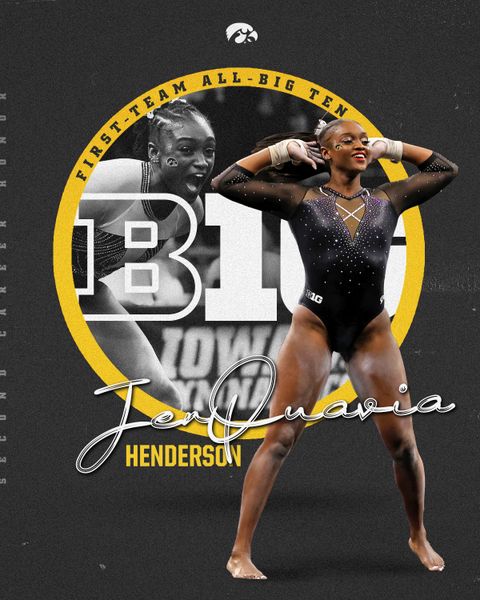 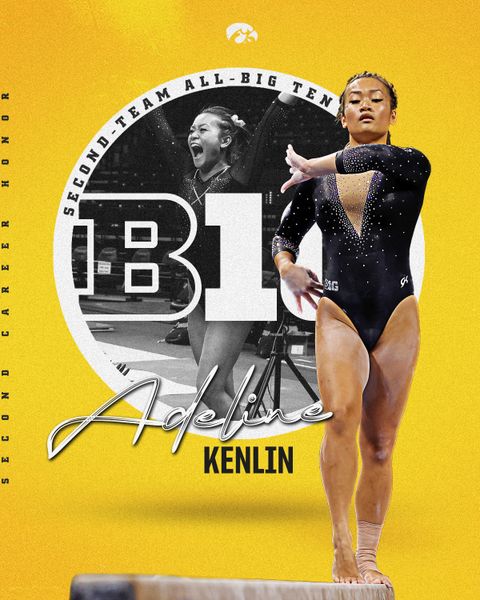 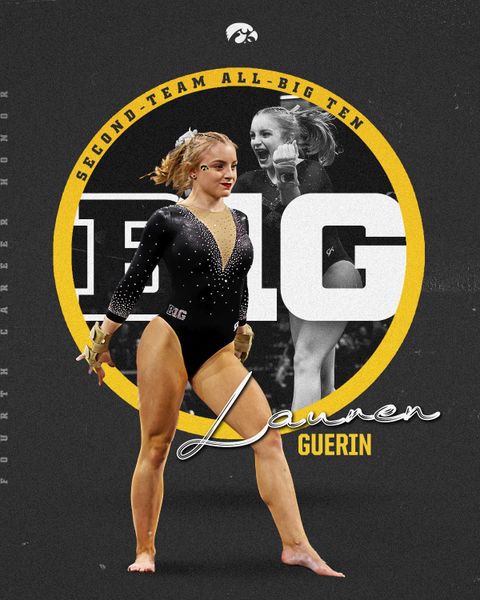 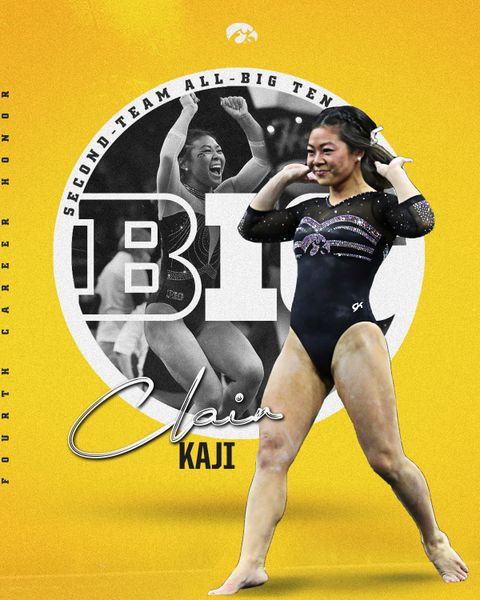 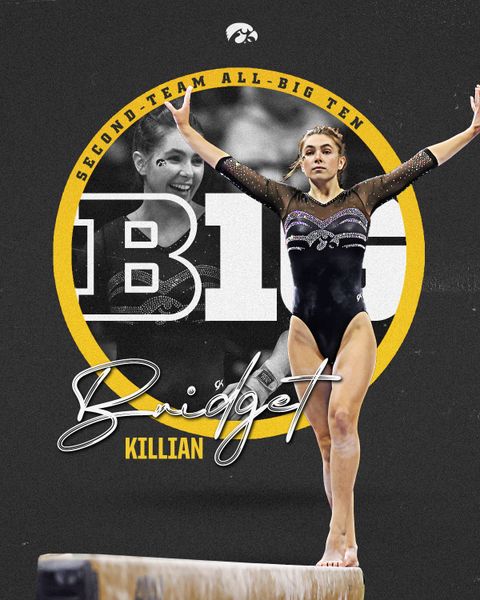 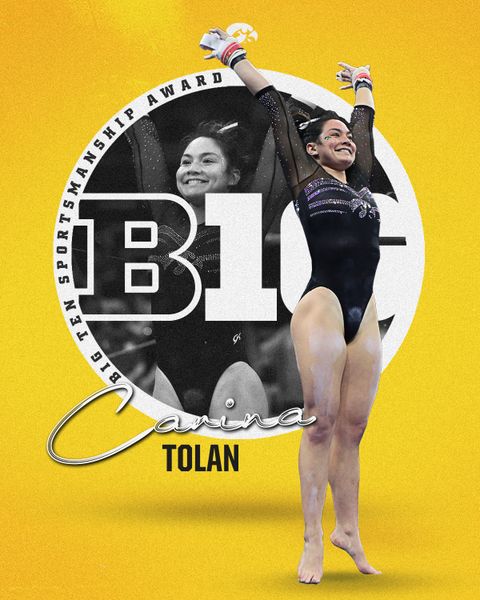 Kaji garnered her fourth career All-Big Ten recognition – two first team (2019, 2021) and two second team (2017, 2022) – after winning one event title and tallying nine top three finishes during the regular season. The Vancouver, British Columbia, native tied a career high on floor, scoring a 9.925 in Iowa’s road win at Iowa State on March 4. Kaji has a 9.895 NQS on beam this season, ranking seventh in the Big Ten and 37th nationally.

Kenlin earned her second straight All-Big Ten honor despite missing four weeks during the regular season because of injury. The Iowa City, Iowa, native has four event titles and 11 top three finishes and has posted three career highs – 9.850 on vault, 9.900 on bars and 9.875 on floor. Kenlin has a 9.895 NQS on beam to tie for seventh in the Big Ten and 37th nationally.

Killian garnered her first career All-Big Ten recognition after winning one event title and tallying eight top three individual finishes during the regular season. The Wheaton, Illinois, native tied two career highs, posting a pair of 9.900s on vault and beam in the Iowa Corn Cy-Hawk Series road win at Iowa State. Killian has NQS scores of 9.855 on vault, 9.845 on beam and 9.835 on floor. She is tied for 16th in the Big Ten on vault and 20th on beam.

Senior Carina Tolan was also recognized as Iowa’s Big Ten Sportsmanship Award honoree. The distinction is presented to student-athletes who display sportsmanship and ethical behavior, are in good academic standing and demonstrate good citizenship outside of athletics.

The Hawkeyes, who bring an 11-6 record into the postseason, are ranked 23rd nationally. The team has posted 48 scores of 9.900 or higher during the regular season, which are the second-most in school history.

Iowa will compete in the 2022 Big Ten Championships in Columbus, Ohio, on Saturday at 11 a.m. (CT). The event will be televised live on BTN.