In January, Clark joined the likes of Kobe Bryant, LeBron James, Russell Westbrook, James Hardin, Luka Dončić and Giannis Antetokounmpo as the only NBA, WNBA, Division I men’s and women’s basketball to record back-to-back 30-point triple doubles since 2000. She is one of 10 women’s basketball players (15 times) to register back-to-back triple doubles in their careers — the only NCAA player (male or female) to do so with 30-plus points in the pair.

Clark broke the 1,000-career point barrier against Evansville in early January and became the fastest Division I player (men’s or women’s) to reach 1,500 career points over the last 20 seasons, reaching the feat in 56 games.

The Watertown, Minnesota, native registered two double-doubles. She ranks seventh in field goals made (259), 13th in points per game (21.1) and 14th in total points (611). Czinano also earned the third All-Big Ten honor of her career. 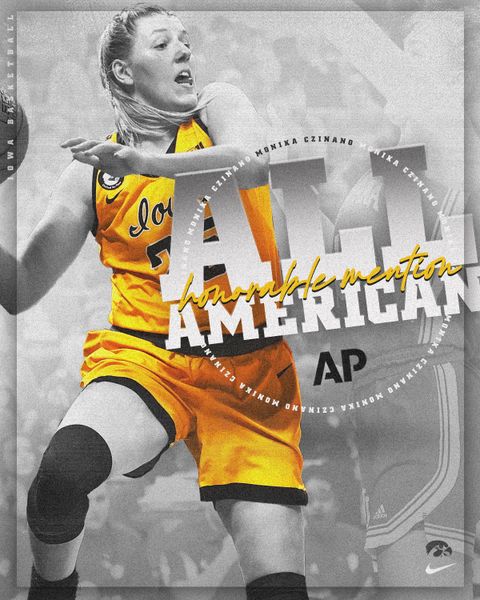