THIS WEEK
The University of Iowa women’s soccer team opens Big Ten play against Wisconsin on Sept. 16 at the Iowa Soccer Complex. Admission to Friday’s game is free.

SERIES HISTORY – WISCONSIN
Iowa is 6-15-5 against the Badgers. The teams tied, 1-1, last season in Madison. The Hawkeyes split with Wisconsin in the 2020 season, as the Badgers took the regular season meeting, 0-1, before Iowa pulled off a, 1-0, upset victory in the Big Ten Tournament.

PITCH BLACKOUT
Hawkeye fans are encouraged to participate in the “Blackout” theme for Iowa’s Big Ten opener versus Wisconsin by wearing black! 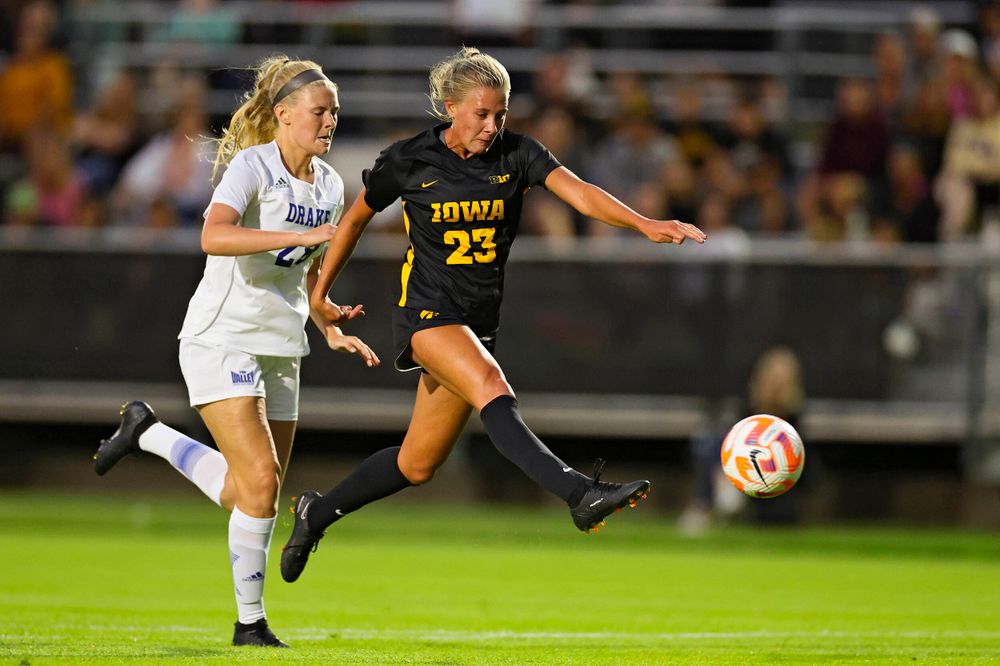 LOOKING AHEAD
The Hawkeyes travel to East Lancing, Michigan, to take on Michigan State on Sept. 22 at DeMartin Soccer Complex. Iowa’s three-game conference road trip will continue at Ohio State on Sept. 25 and wrap up at Illinois on Sept. 29.