SERIES HISTORY – OHIO STATE
The Hawkeyes are 7-16-1 against Ohio State, all time. Iowa won the previous meeting between the two schools, 2-1, in overtime back in 2019. 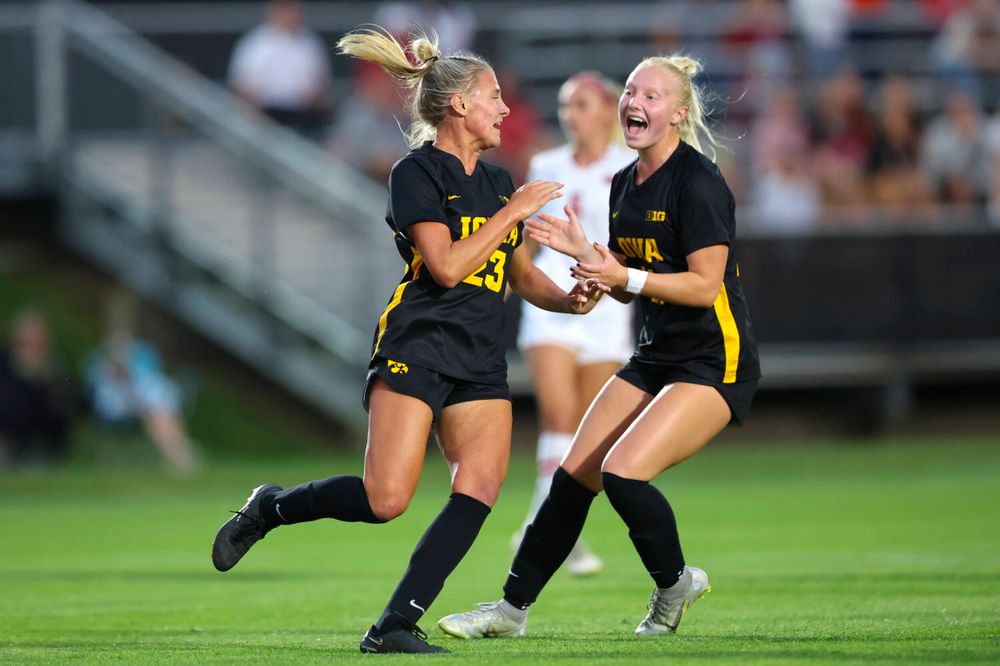 LAST WEEK
Iowa fell to Wisconsin at home, 3-1, to open the Big Ten slate. The Hawkeyes jumped out to an early lead thanks to a goal by sophomore Elle Otto in sixth minute of action off an assist from Hailey Rydberg. Iowa stayed on the attack during the first half, taking seven shots to just one by the Badgers. The second half was a different story, however, as Wisconsin pounced on a penalty kick opportunity in the opening minute of the period to even the score. Two more Badger goals came in rapid succession, and Wisconisn was able to retain a, 3-1, lead that was established in the opening five minutes of the second half.

SHARING THE WEALTH
Nine different Hawkeyes have combined for 14 goals this season. Junior Kyndal Anderson leads the team with three goals and ties senior Hailey Rydberg with seven points on the season.

LOOKING AHEAD
Iowa’s three-game conference road trip wraps up at Illinois on Sept. 29. The Hawkeyes return to Iowa City on Oct. 2 to host Michigan.