THIS WEEK
The University of Iowa women’s swimming and diving team travels to Cedar Falls, Iowa, for its season opening meet against Northern Iowa on Oct. 7. The competition will be held at the Glen F. Henry Swimming and Diving Pool beginning at 5 p.m. (CT).

FOLLOW LIVE
• Live results for the meet will be available on hawkeyesports.com (via the schedule page) and Meet Mobile.
• Fans can also follow the Hawkeyes on Twitter/IowaSwimDive for live meet updates.

WHAT YOU NEED TO KNOW
• The Hawkeyes enter the 2022-23 season returning seven athletes and welcoming 14 newcomers, including three transfers.
• Amongst the returners are junior divers Sarah Ballard and Claire Hartley and sophomore Makayla Hughbanks, who all qualified to compete in last season’s NCAA Zone D Diving Championships. 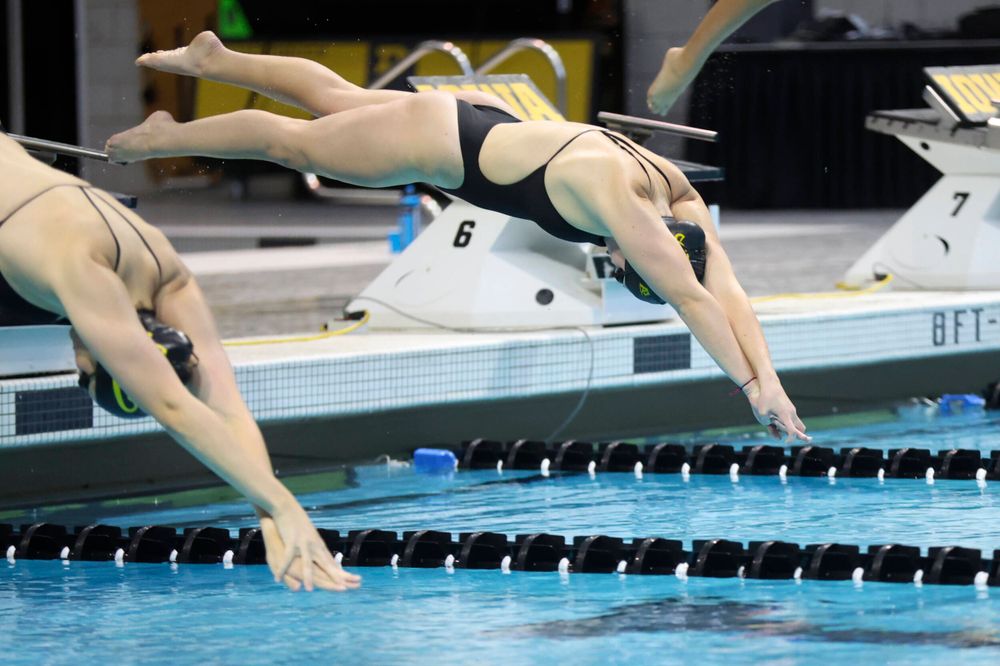 READY FOR RELAYS
The Hawkeyes bring back four swimmers, seniors Kennedy Gilbertson and Aleksandra Olesiak and juniors Maddie Black and Anna Pfeiffer, who led the team in all five team-leading relay squads during the 2021-22 season. Gilbertson was a part of four top teams, while Olesiak and Pfeiffer competed on three respective quartets.

UP NEXT
Iowa will compete in its season home-opener against the Nebraska Cornhuskers on Friday, Oct. 21 at 4 p.m. (CT) in the CRWC Natatorium.