THIS WEEK
The University of Iowa women’s golf team heads to Highlands Ranch, Colorado, for the Ron Moore Intercollegiate from Oct. 7-9. The event will be played at the University of Denver Golf Club with 18 holes being contested each day.

LINEUP
The Hawkeyes’ lineup will include: sophomore Paula Miranda, freshmen Shannyn Vogler, Riley Lewis, and Madison Dabagia and senior Jordan Amelon. Freshman Kaitlyn Hanna will be competing as an individual.

THE COURSE
The University of Denver Golf Club is surrounded by mountain ranges and the beautiful Chatfield lake. This par 72,18-hole, 6,756-yard course has a breathtaking panoramic view of the Rocky Mountain range with expansive bent grass greens. The course, which was designed by Hale Irwin -a three-time U.S. Champion- and inevitably gifted to the University of Denver by the Ron Moore family. 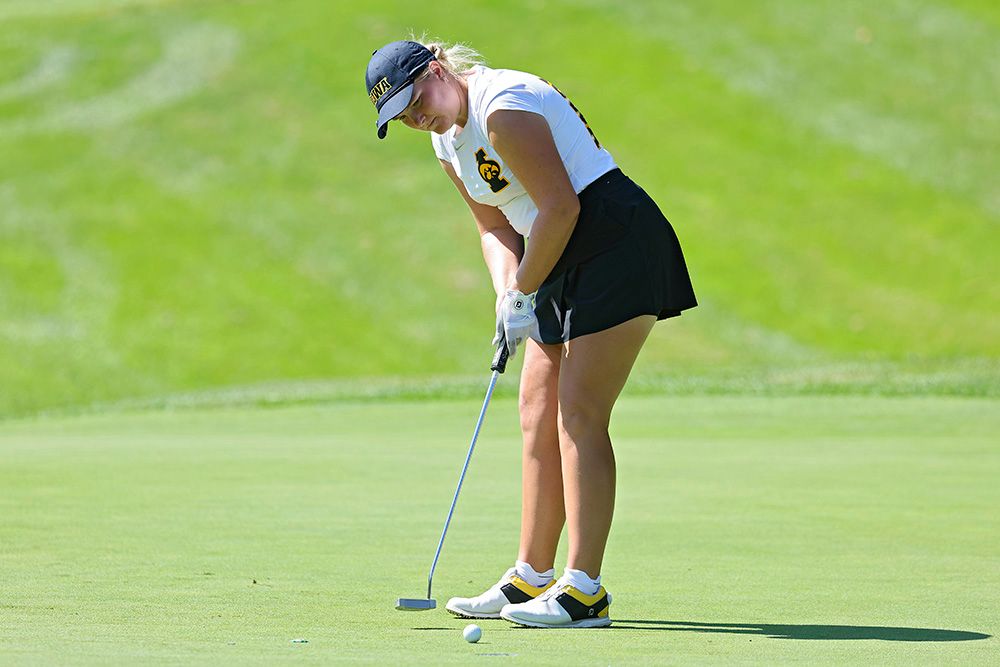 SHOOTING FOR RECORDS
Sophomore Paula Miranda rattled off her collegiate career-best tournament last season at the Ron Moore Intercollegiate, posting a four-under par 212. The score is tied for the second-lowest in program history. The Mexico native finished with a 212 (72-72-68) (-4) to finish as the tournament runner-up. Miranda’s score is one stroke off the current best 54-hole score in program history (211 by Amy Ihm).

ANOTHER DEBUT
Freshman Kaitlyn Hanna will make her collegiate debut this weekend at the Ron Moore Intercollegiate, competing as an individual. The Nebraska native had an impressive high school career, winning two state championships and finishing as the state runner-up her other two years. As a senior, Hanna was named the Nebraska Golf Association Girls Amateur Golfer of the Year.

LOOKING AHEAD
The Hawkeyes will have the next week off before closing out the fall on Oct. 17-18 at the Marilynn Smith Sunflower Invitational in Lawrence, Kansas.