NOTEBOOK: Iowa Takes on No. 13 Northwestern, No. 24 Penn State

THIS WEEK
The University of Iowa women’s soccer team travels to No. 13 Northwestern on Thursday for a 7 p.m. (CT) contest at Martin Stadium. The Hawkeyes close out the regular season at home against No. 24 Penn State on Sunday at 1 p.m. (CT) at the Iowa Soccer Complex. Admission to Sunday’s game is free.

SERIES HISTORY – NORTHWESTERN
Iowa is 8-15-2 in the all-time series against the Wildcats. The Hawkeyes won last season, 2-1, at home. 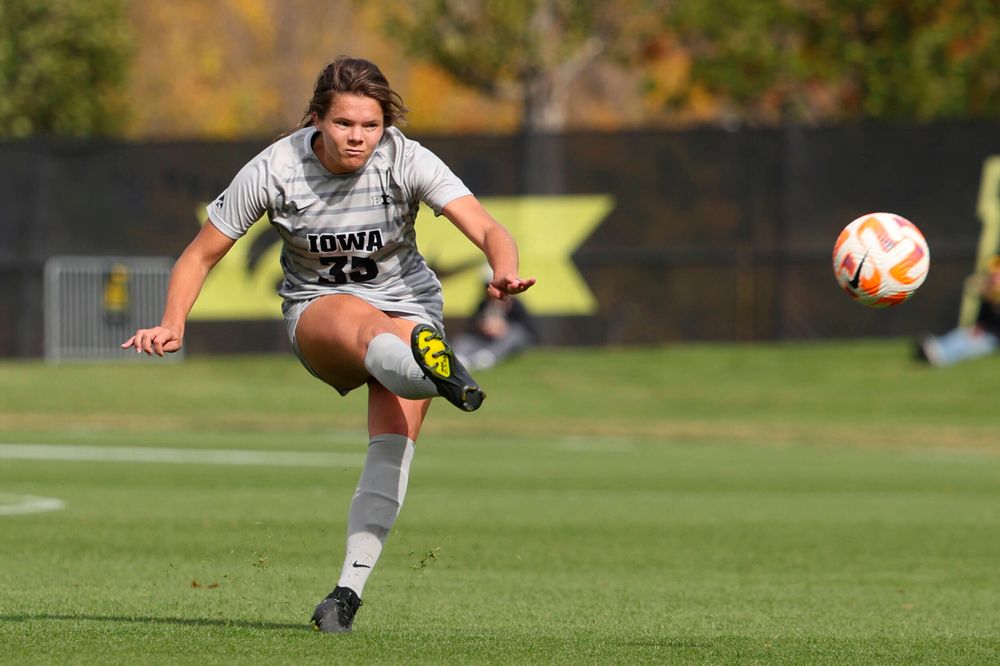 BIG TEN TOURNAMENT HOPEFULS
Iowa is three points back in the Big Ten standings from qualifying for the conference tournament. Conference wins are worth three points each, while ties are worth one point, putting the Hawkeyes within striking distance heading into the final week of the regular season. Iowa has qualified for three of the last four Big Ten Conference Tournaments, and also won the 2020 event which saw all teams compete.

SHARING THE WEALTH
10 different Hawkeyes have combined for 23 goals this season. Hailey Rydberg leads the team with five goals, followed by Caroline Halonen with four goals; Rydberg has a team-high 14 points on the season.

LOOKING AHEAD
The Big Ten Tournament quarterfinals kick off on Oct. 30. The top eight teams in the conference standings will qualify.