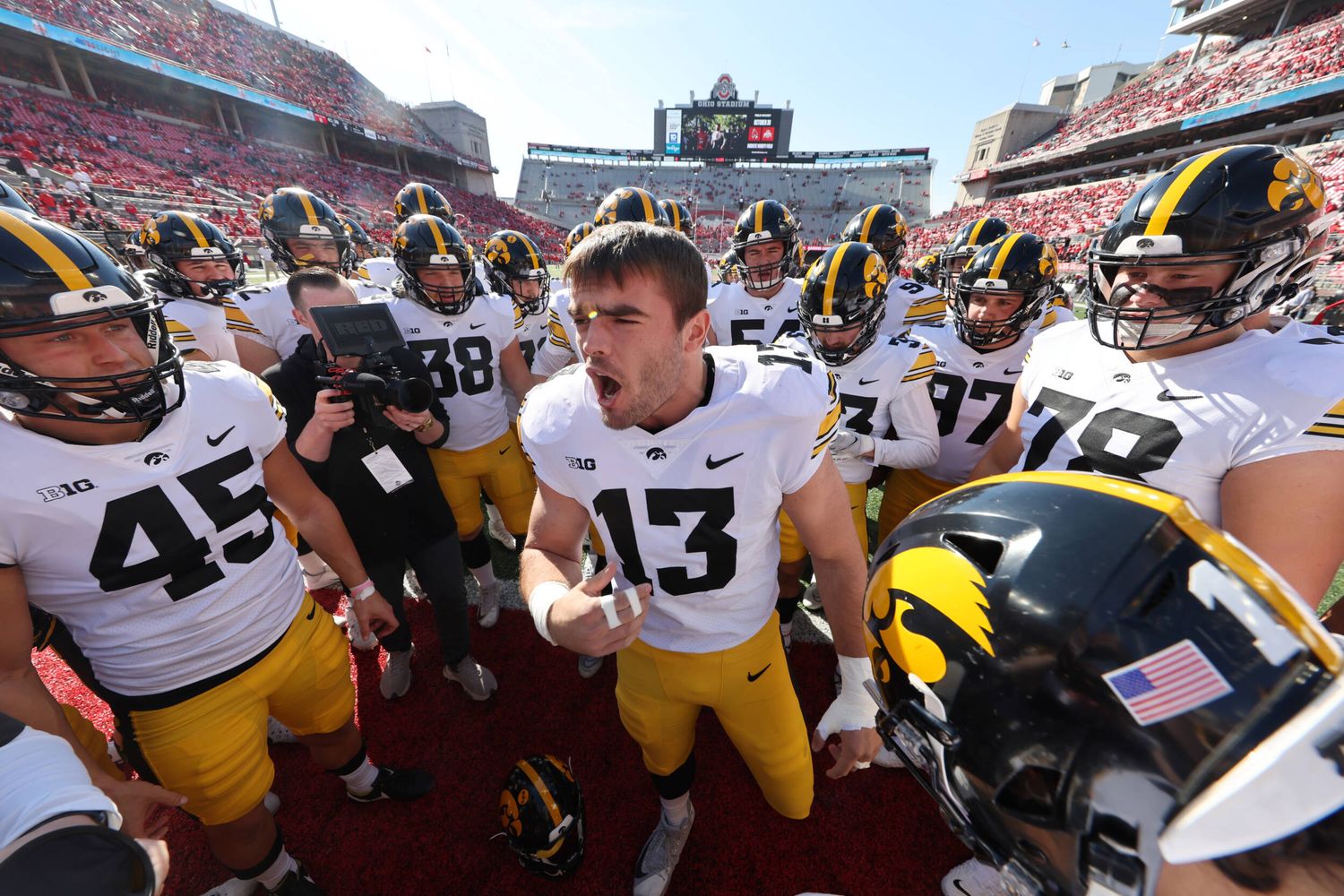 2 – TE Sam LaPorta became Iowa’s career leader in receptions amongst Hawkeye tight ends when he totaled six catches for 55 yards at No. 2 Ohio State. LaPorta has 131 career receptions for 1,462 yards. His yardage total is third amongst Iowa tight ends.

3 – Touchdown No. 3 – The Hawkeye defense scored its third touchdown of the season at No. 2 Ohio State when DE Joe Evans sacked C.J. Stroud to force a fumble and returned it 11 yards for his first career touchdown. Iowa’s defensive unit has scored 22 points this season (three touchdown, two safties).

7 – LB Jack Campbell is leading the Big Ten Conference and ranks 11th nationally with 71 tackles in seven games. The Cedar Falls, Iowa, native has had eight or more tackles in each game, including four games with 10+ tackles. Campbell is tied for 38th in program history with 248 tackles with Pat Angerer and Merton Hanks. He also has one interception (Ohio State) and one recovered fumble (Illinois). Campbell also registered a safety against South Dakota State.

8 – QB Alex Padilla made his 2022 debut at No. 2 Ohio State, completing 5-of-10 passes for 32 yards while playing the second half. Padilla has played 12 games in his Hawkeye career (with three starts), where he has completed 61-of-124 passes for 680 yards and two touchdowns.

10 – P Tory Taylor is second in the Big Ten and ninth nationally with a 45.6 average on 46 punts (tied for the third most in the country). Fifteen of Taylor’s punts have gone 50+ yards, 21 have been downed inside the 20 and 13 have been fair caught. Taylor has twice been named the Big Ten Special Teams Player of the Week this season.