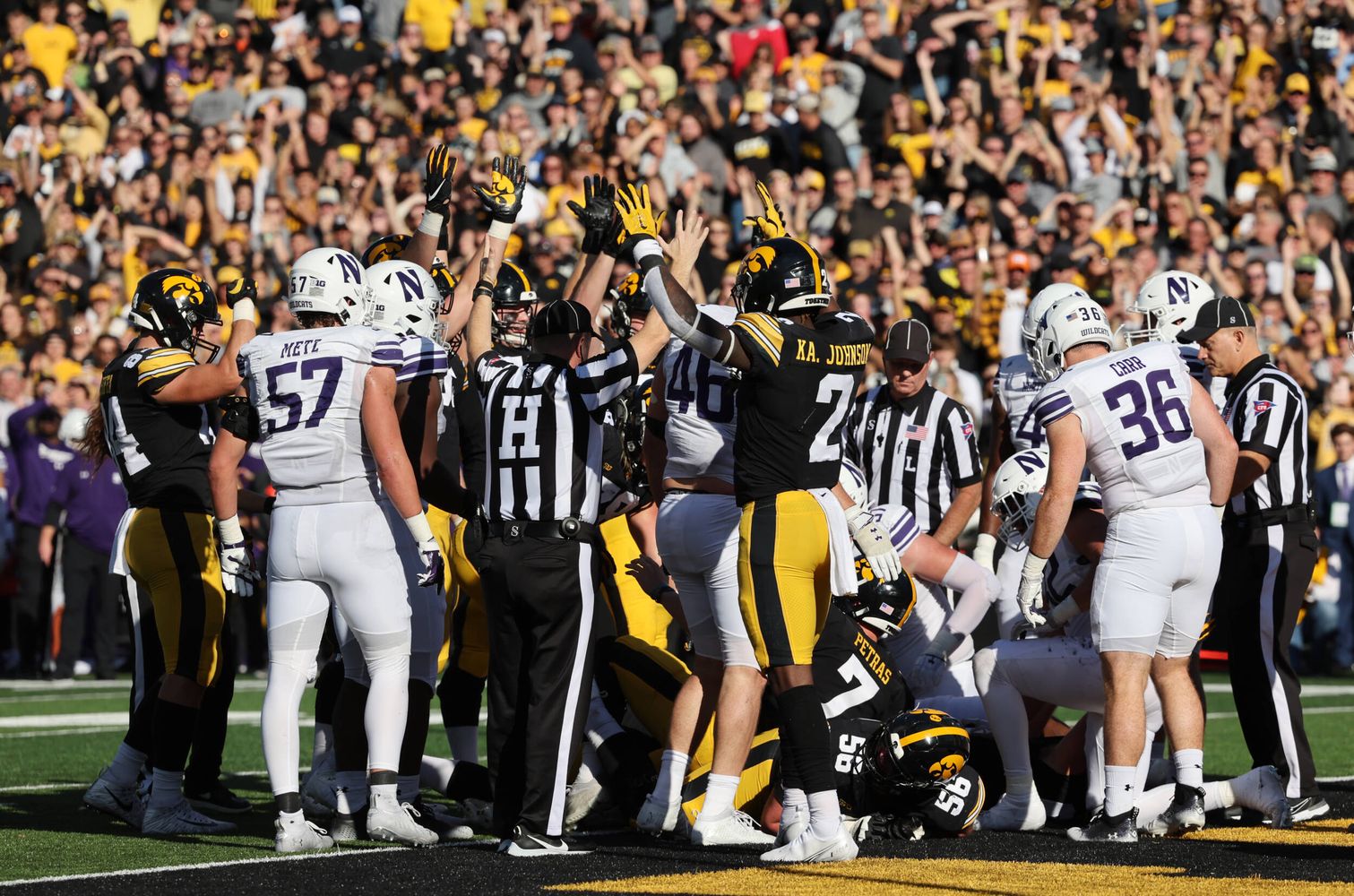 1 — Saturday’s game is Iowa’s first on a grass playing surface this season. The team’s last game on grass was in Evanston during the 2021 season – a 17-12 Hawkeye victory. Iowa has won its last three games on grass with its last loss coming at Purdue in the 2020 season opener (L, 24-20).

2 — Iowa’s defense is allowing 3.91 per play, which is No. 1 in the FBS. The Hawkeyes have held three opponents under 200 yards of total offense this season.

3 — Sack you very much. The Hawkeyes registered a season-high seven sacks (by seven different players) in the win over Northwestern. It is the most sacks against a Big Ten opponent since 2000 against the Wildcats.

4 — K Drew Stevens made a career-high four field goals (in four attempts) in Iowa’s 33-13 win over Northwestern, connecting from 29, 24, 54 and 25 yards en route to being named the Big Ten Freshman of the Week and a Groza Star of the Week on Oct. 31. His 54-yarder is tied for the seventh-longest in program history and was the longest since 2015 (Marshall Koehn, 57).

5 — Freshman RB Kaleb Johnson started his second straight game against Northwestern, where he rushed for 94 yards on 14 attempts, narrowly missing his second career 100-yard game. Through eight games, Johnson has a team-best 353 yards with three touchdowns. His 18 points are second on the team.

6 — 10 X 9 – LB Jay Higgins had a career-high 11 tackles in Iowa’s win over Northwestern. Higgins is the fourth player to tally 10+ tackles this season. The four players – Jack Campbell, Seth Benson and Cooper DeJean – have nine 10+ tackle games in 2022. Campbell, Benson and Higgins combined for 31 tackles against Northwestern.

8 — QB Spencer Petras completed 21-of-30 passes – to eight different receivers — for 220 yards and one touchdown in the win over Northwestern. He completed 70 percent of his passes for the second time in his 27 career starts. The 220 yards are his second-most this season. Petras made his first career start in West Lafayette in 2020.

9 — Iowa is fourth in the nation in scoring defense and total defense, surrendering 15.8 points and 265.6 yards per game. The Hawkeyes have allowed 13 or fewer points in six games. Iowa has held all eight opponents under their season average in total offense.

10 — LB Jack Campbell, who is a finalist for the prestigious William V. Campbell Trophy, is leading the Big Ten and ranks 14th nationally with 10.3 tackles per game. Campbell has 82 tackles this season, giving him 259 career stops, which ranks 31st all-time in program history.