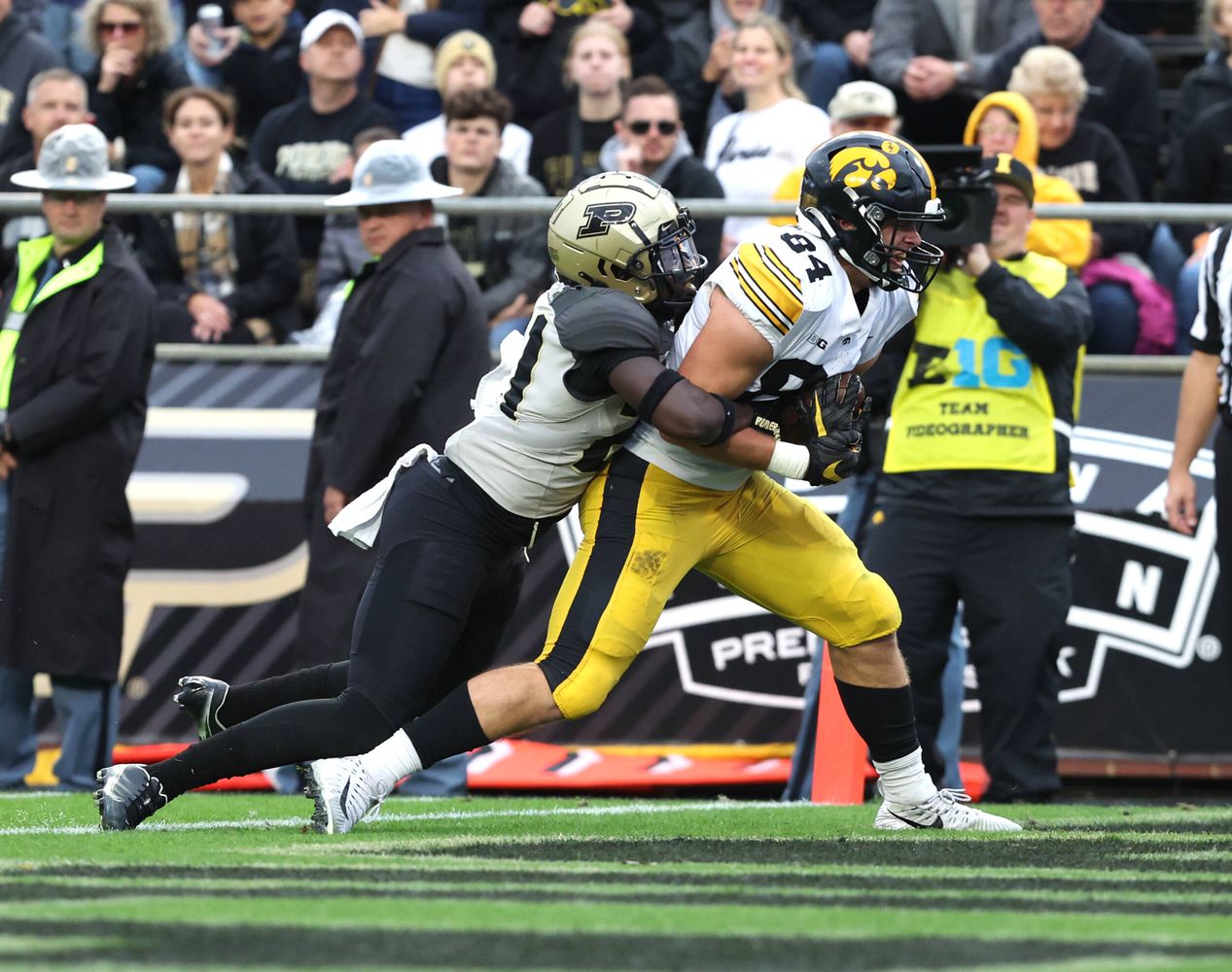 1 — Freshman RB Kaleb Johnson, the Big Ten Offensive and Freshman of the Week, rushed for 200 yards on 22 carries at Purdue, becoming the first Hawkeye since 2015 to reach the 200-yard mark. The 200 yards are the second most by a freshman in school history and 18th most in single game all-time. The yardage total is the third-most by a Big Ten player this season and third-most amongst all college freshmen.

2 — To the HOUSE… Johnson had a 75-yard touchdown run on the second play of the third quarter. It was Iowa’s longest play of the year and the longest rush by a Hawkeye since 2020. Johnson has a team-best 553 yard and four touchdowns, 85 yards shy of breaking Tyler Goodson’s freshman rushing record.

3 — Iowa’s defense has allowed three or fewer points in three games this season – the most since 2019. The Hawkeyes have a 14.3 scoring average this season, which is fifth nationally. The Hawkeyes held Purdue without a touchdown for the first time in 62 games last Saturday in West Lafayette.

4 — During its two-game winning streak, Iowa’s offense is averaging 28.5 points and 387 yards total offense. The Hawkeye rushing attack has churned out 181 yards per game, while QB Spencer Petras is 34-of-53 for 412 yards and three touchdowns.

5 — Saturday begins the first of three straight trophy games to close out the regular season. The Hawkeyes are 22-7 in their last 29 rivalry games against Iowa State, Minnesota, Nebraska and Wisconsin.

6 — Iowa hasn’t committed a turnover in two straight games and in five of its nine games this season. The Hawkeyes are 4-1 this season when they don’t commit a turnover.

9 — P Tory Taylor had a career-long 70-yard punt at Purdue. The Australian is third in the Big Ten and ninth nationally with a 45.9 punting average. He has 55 punts, with 23 being downed inside the 20 and 20 carrying 50 or more yards.

10 — Senior LBs Jack Campbell and Seth Benson both rank in the top-nine in the Big Ten in tackles. Campbell is first in the league (9.8 p/game) and Benson is tied for ninth (7.8). Campbell is 26th in program history with 265 tackles, while Benson is 46th (233). Campbell is a semifinalist for the Bednarik, Lombardi and Butkus Awards and a Campbell Trophy finalist.