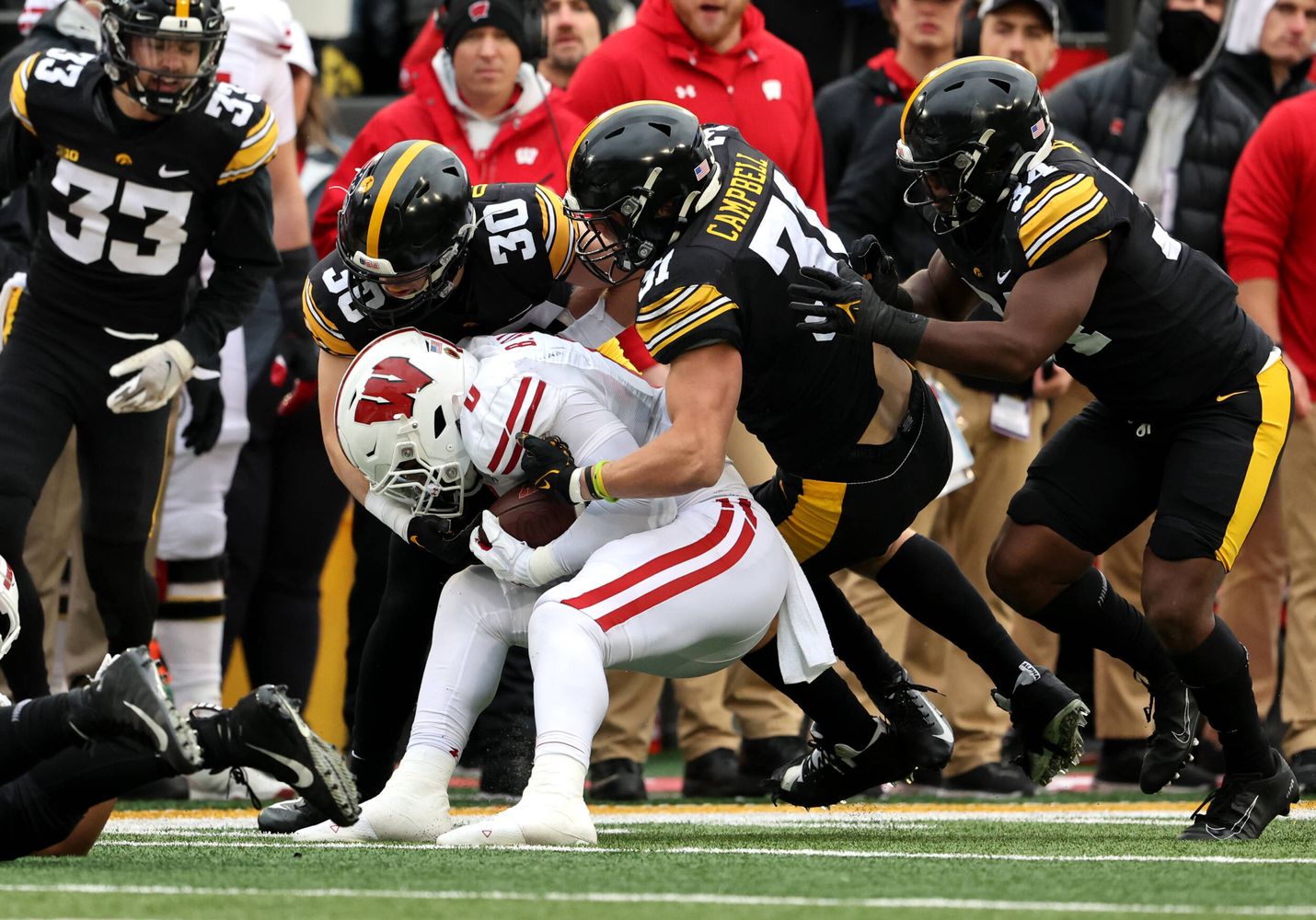 1 – The Hawkeyes have won seven straight and 17 of the last 21 meetings against Minnesota. The last time Floyd of Rosedale hasn’t resided in Iowa City for the winter came in 2014 following a 51-14 Golden Gopher win.

4 – The Iowa defense was at it again, scoring its fourth defensive touchdown of the season against Wisconsin. DB Cooper DeJean had a 32-yard pick six – his second pick six of the season – and fourth interception overall. Iowa’s defense has scored 28 points via four touchdowns – second-most nationally — and two safeties in 2022. Iowa’s 3.8 yards per play are the best in FBS since Alabama in 2011.

5 – RB Kaleb Johnson led Iowa in rushing for the second straight game and the fourth time this season, finishing with 57 yards against the Badgers. Johnson has a team-best 610 rushing yards with five touchdowns this season – 28 yards shy of Tyler Goodson’s freshman rushing record.

6 – QB Spencer Petras is 31 yards shy of reaching 5,000 career passing yards as the Hawkeyes’ quarterback. Petras currently ranks 10th-all-time with 4,969 passing yards and is 11th with 4,697 yards of total offense.

7 – November cookin’. The Hawkeyes have won both of their November games this season and the team has won 13 consecutive games in the month of Thanksgiving dating back to the 2019 season.

9 – TE Sam LaPorta has had at least one reception in 13 straight games and has been Iowa’s top receiver in nine of 10 games in 2022. LaPorta has a team-best 49 receptions for 506 yards and one touchdown. He is leading the Big Ten in receptions and receiving yards this season among tight ends.