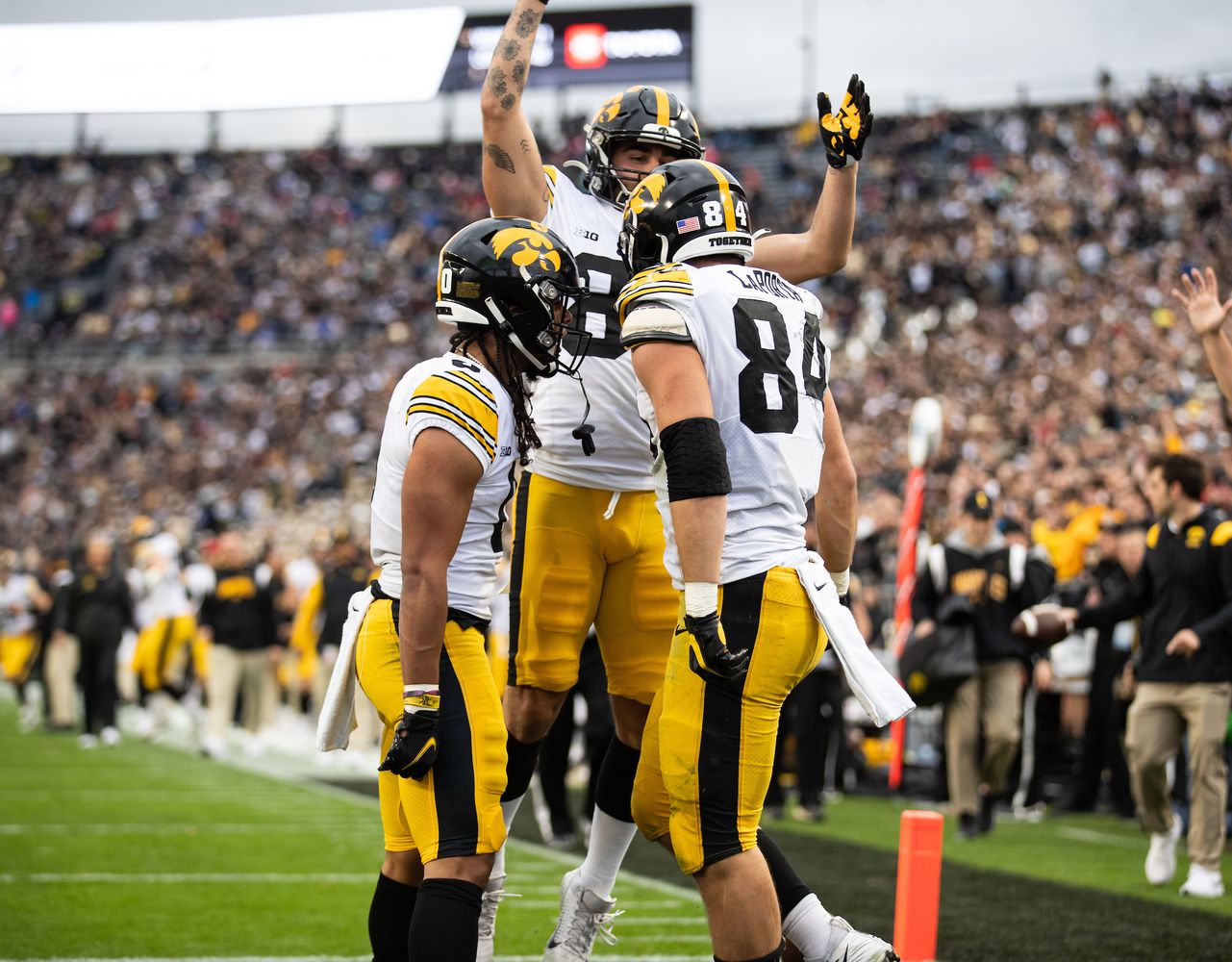 1 – Head coach Kirk Ferentz is one bowl win shy of tying Joe Paterno (10) for most bowl wins as a member of the Big Ten Conference. Ferentz has a 9-9 bowl record with the nine bowl victories tying Barry Alvarez for the second-most in league history.

2 – LB Jack Campbell is the recipient of the 2022 William V. Campbell Trophy, an award that recognizes an individual as the absolute best in the nation for their combined academic success, football performance and exemplary leadership. He is the first Hawkeye to receive the honor and the seventh player to be a NFF National Scholar Athlete.

3 – The nation’s top linebacker. LB Jack Campbell is the first Hawkeye to receive the Butkus Award, which is presented to the nation’s top linebacker. The Cedar Falls, Iowa, native had a team-high 118 tackles in 2022, his second straight 100+ tackle season (261 over last two seasons). Campbell was also the Nagurski-Woodson Big Ten Defensive Player of the Year and Butkus-Fitzgerald Big Ten Linebacker of the Year in 2022.

4 – TE Sam LaPorta is the second Hawkeye to earn the Kwalick-Clark Big Ten Tight End of the Year Award and he was one of three finalists for the John Mackey Award, which is given to the nation’s top tight end.

6 – A stout defense. The Hawkeyes held eight opponents at 10 or fewer points during the regular season – a first for the program since 1929. Iowa is limiting opponents to 277.9 yards and 14.4 points per game. Nine Hawkeye defenders earned All-Big Ten recognition.

8 – New Hawkeye QB… With starting QB Spencer Petras injured and QB Alex Padilla in the transfer portal, the Hawkeyes will turn to QBs Joe Labas or Carson May in the TransPerfect Music City Bowl. Labas is a 6-foot-4 redshirt freshman from Brecksville, Ohio, while May is a 6-4 true freshman from Jones, Oklahoma.

10 – K Drew Stevens has made 16-of-18 field goal attempts this season, which are the most by a Hawkeye freshman in program history. Stevens, who earned College Football News second-team All-America honors, is 6-for-8 from 40+ this season, including 2-for-2 from beyond 50. The South Carolina native is leading the team with 69 points.