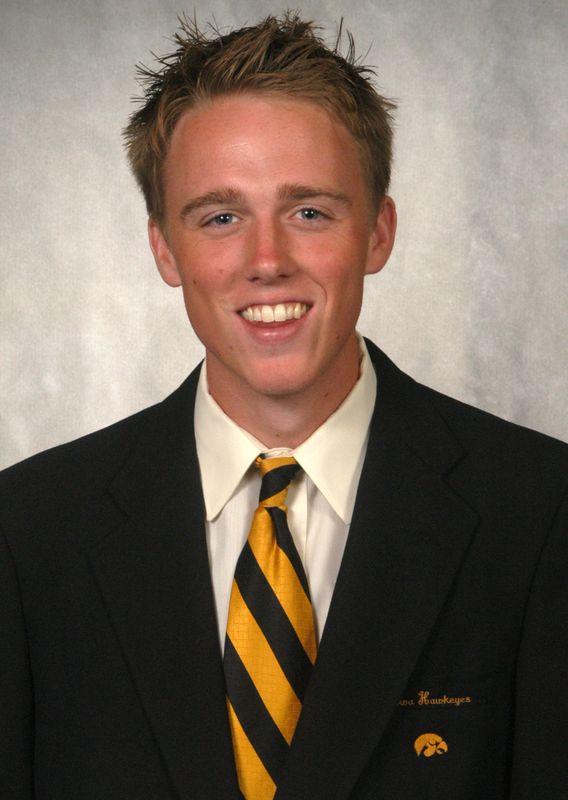 2005 Spring — Compiled a 2-3 dual record while playing #6 singles…recorded wins over Western Michigan and DePaul…posted 12-10 dual doubles record…went 11-5 paired with J.P. Ritchie at No. 3 doubles…was bumped up to No. 2 doubles at midseason, teaming with Chaitu Malempati to record a 1-5 mark…teamed with Ritchie for a 9-8 win in Iowa’s conference opening victory against Wisconsin…defeated his twin brother Adam Schaechterle with an 8-7 (4) doubles win against Northwestern.

Hawk Item — Transferred to Iowa after playing as a freshman at Wheaton College (Ill.).

2004 Fall — competed in five singles matches… competed in the qualifying round of the Big Ten Singles Championships… teamed with J.P. Ritchie, Bart van Monsjou and Andrew Holm to record a 3-2 record in doubles play.

High School — Compiled a three-year singles record of 67-17… placed fifth in state singles competition… conference singles champion as freshman, sophomore and junior… advanced to the round of 16 at state meet as a freshman and sophomore… coach was Ruth Kent… lettered in soccer and cross country… member of the National Honor Society.