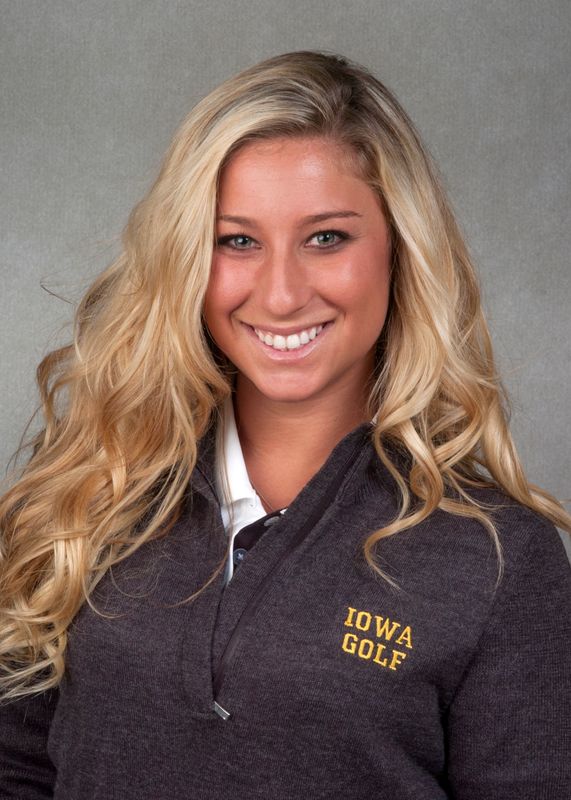 Hawk Item — Transferred to Iowa in the fall of 2012 after playing her first two seasons at the University of Hawaii.

2013-14 — Competed in two tournaments, including five rounds… posted an 81.60 stroke average (408 strokes)… placed 11th at the Rainy Day Shootout to record a top-20 finish and her best season finish.

2011-12 at Hawaii — Competed in four tournaments…averaged 84.3 strokes per round…best finish was 59th at the Rainbow Wahine Invitational, where she shot her low 54-hole score of 246…low round was 80 during the first round of the Dr. Donnis Thompson Invitational.

2010-11 at Hawaii — Competed in seven tournaments…averaged 82.2 strokes per round…best finish was a tie for seventh place at the Paradise Desert Classic in Kailua, O`ahu, where she shot 83…low round was 75 in the third round of the Anteater Invitational…tied for 22nd at the WAC Championships, where she shot 235 and posted all three rounds in the 70s.