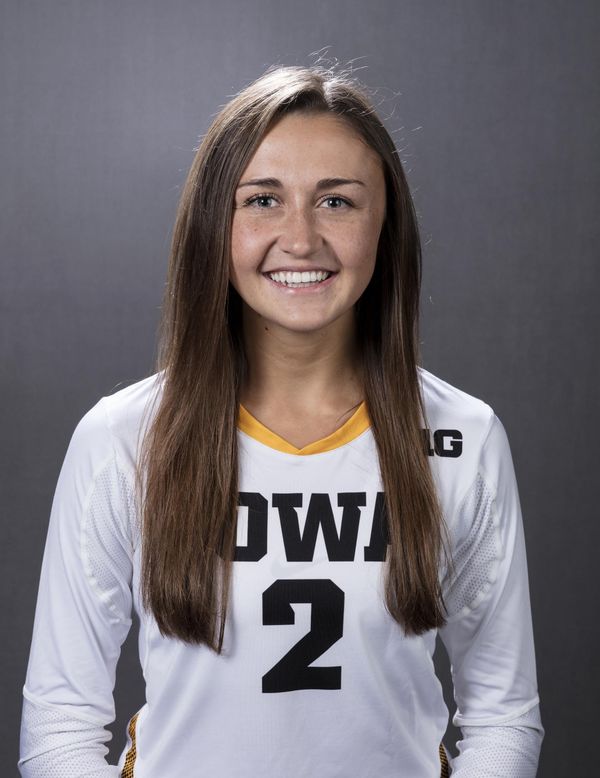 Prior to Iowa (Nebraska at Omaha)… Played libero at the University of Nebraska at Omaha for one season… finished seventh in the conference in digs per set (3.84) with 396 digs over 103 sets played.

High School… Played four years under Craig Pitcher at Iowa City HS… named to the all-freshman team and a three-time all-conference team selection… as a freshman, set school record for most digs in a set with 58… helped guide team to a state quarter finalist finish and a conference championship as a junior… as a senior, set school record for most digs in a season with 704… selected team captain as a senior… played club for the Iowa Rockets under Michael Runde for five years, qualifying for nationals each year… played for Club Iowa under KK Palea for two years and qualified for nationals both years… helped guide Club Iowa to a third-place finish at nationals in the National Division… four-time honor roll student and selected for the National Honor Society.

Personal… Full name is Ashley Makenna Smith… born on Oct. 20, 1997 in Orlando, Fla…. parents are Angela Foulks and Frank Smith… cousin, Matt Nerem, was an All-American wrestler at Iowa, competing from 1992-95… majoring in human physiology with a concentration in exercise science.