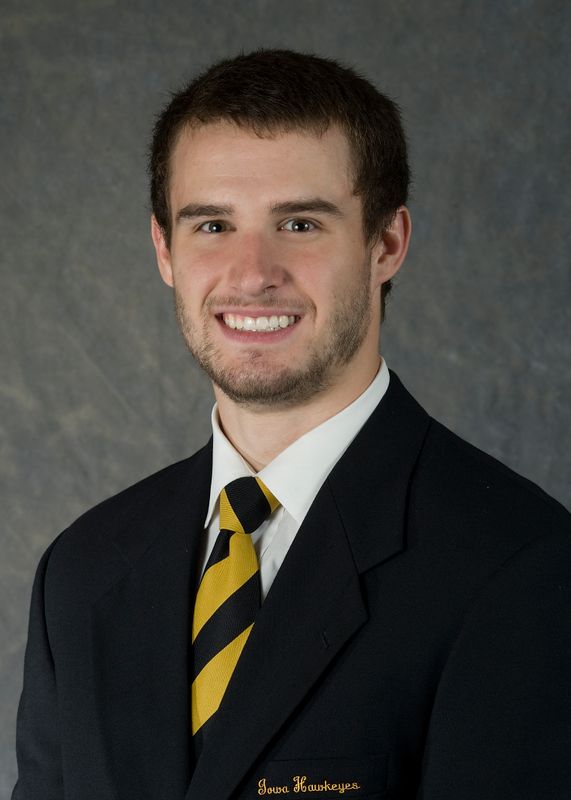 2010 – Competed in 10 meets in six different events… Iowa’s top-scorer on floor exercise in the year with a 15.350 against Minnesota to place fourth… tied as Iowa’s top-scorer in the year on pommel horse with a 14.450 at the Big Ten Championships… scored season-high 15.250 on rings at the Pacific Coast Classic… tied as Iowa’s top scorer on vault with a 16.050 at the Big Ten Championships to tie for second… season high score on horizontal bars at Nebraska with a 14.650… member of 16+ start value club… letterwinner.

2009- Competed in all meets for the 2009 campaign in five events… Iowa[apos]s top returning score on floor exercise and vault… tied for second on vault (15.70) against Illinois for a season best… placed second on pommel horse (14.35) in quadrangle meet at U.S. Military for season best… recorded a season high on floor exercise (14.75) at NCAA Qualifier… member of the 2009 16+ value club… hit 10 for 10 routines at Big Ten and NCAA Championships… letterwinner.

High School – Won the 2007 Ohio State Championships on vault (9.9) and on horizontal bar… USAG Region V (Illinois, Indiana, Kentucky, Michigan and Ohio) floor exercise champion in 2006 and 2007… in 2006 he also won the Regional Vault Championship and was the Ohio State floor exercise and pommel horse champion… finished 14th in the all-around and third on vault at 2006 Junior Olympic National Championships… In the 2007 J.O. Nationals, he was 20th all-around and fifth on vault… coached by Mike Serra at Hocking Valley Gymnastics Center.