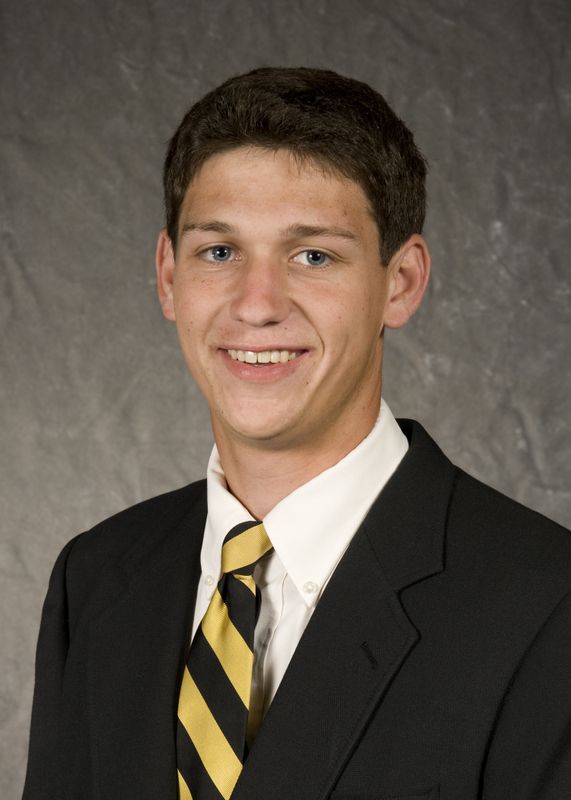 2011 Spring – First team All-Big Ten selection… one of four Hawkeyes to compete in all seven events… tied for 10th at Hawkeye-TaylorMade Invitational with a mark of 148 (+4)… posted a 219 (+6) at Robert Kepler Invitational to tie for 14th… current stroke average of 74.20… current fall and spring combined stroke average of 72.69 stands as fourth-lowest in program history.
2010 Fall – Finished inside top-20 of all five events, including three top-10 finishes… tied for second at Rod Myers/Duke Invitational after carding a 212 (-4)… tied for third at Fighting Irish Classic with a mark of 209 (-1), currently the fourth-lowest 54-hole score in school history… posted a 137 (-5) at The Royal Oaks Intercollegiate to tie for seventh… finished season with scoring average of 71.07, the second-lowest on the team.
2010 Spring – One of four Hawkeyes to compete in all seven events… went 5-3-1 in match-play competition… bettered three of the nation[apos]s top-100 collegiate golfers at Callaway Collegiate Match-play, including a 6 & 5 win over Stanford[apos]s fourth-ranked Sihwan Kim… two top-15 finishes, including a tie for 15th at Hawkeye Invite and a tie for 11th at Boilermaker Invite… led Hawkeyes at NCAA Central Regional, finishing tied for 11th with a tournament total of 209 (-1)… named 2010 Cleveland Golf/Srixon All-America Scholar… finished season with scoring average of 72.9… his combined 2009-10 season scoring average of 72.5 is the lowest average in program history.
2009 Fall – One of four Hawkeyes to compete in all five events… five top-25 finishes, including three top-10 finishes… tied for first in Golfweek[apos]s Conference Challenge, firing a 54-hole total of 207… recorded team[apos]s season-low score of 67 at Conference Challenge… led team in three of five tournaments… finished fall with a team low scoring average of 72.1.
2009 Spring – One of three Hawkeyes to compete in all seven events… three top-15 finishes… fired season-low of 67 at NCAA Central Florida Regional where he tied for 10th and led the Hawkeyes… led Hawkeyes at EZ-GO Schenkel Invite and finished tied for 11th… tied for seventh at Boilermaker Invitational… finished spring with a scoring average of 73.7, second best on the team.
2008 Fall – Competed in three events… all of his rounds were counted towards team score… finished tied for fifth at the Landfall Tradition with a score of 221 and a season-low round of 70… finished with a fall scoring average of 75.2.
2007-08 – Transferred to Iowa in the fall of 2008… led University of Kansas in scoring average (73.39)… fired the Jayhawks low-round of the year with a 66 in round one at the Hawaii Hilo Invitational… recorded his best finish of the year at the Big 12 Championship, tying for seventh… tied for 17th at the Cajun Classic… finished 12th at the Landfall Tradition… 30 of his 31 rounds counted towards the team score… carded nine under-par rounds… compiled five top-20 finishes.
High School – Two-year letterwinner at Lake Forest High School… placed second in the 2007 AJGA Future Legends… two-time member of district and conference championship teams… won the individual conference championship in 2006… finished fifth at the 2007 state golf tournament… named to all-state squad in 2006.
Personal – Born 3/21/89 in Mission Viejo, CA… parents are Frank and Mischelle Hopfinger… pre-business major… transferred to Iowa after completing freshman year at Kansas University.