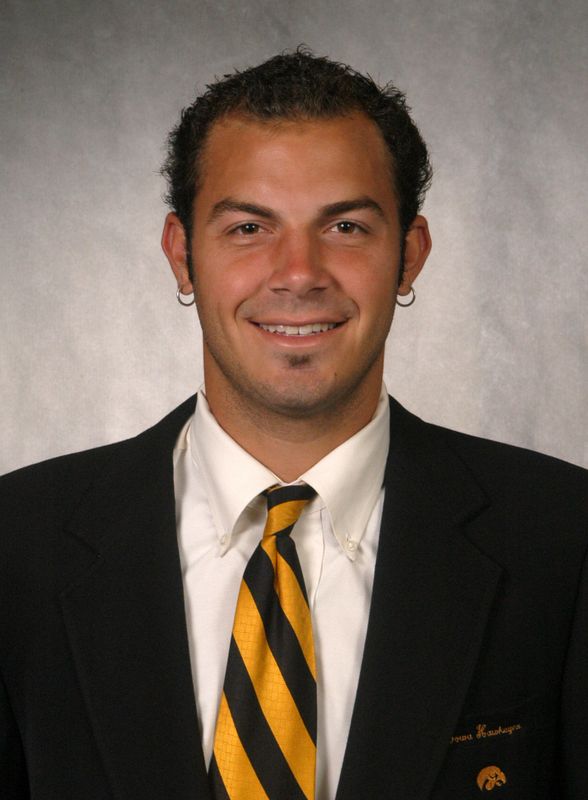 2005 Fall – Competed at all four fall season tournaments…posted 2-8 record in singles…teamed with van Monsjou (1-3) and Ritchie (1-3) in doubles.

2005 Spring – – Compiled a 14-7 record (5-6 at No. 5, 9-1 at No. 6)…led team in conference wins (5), dual season wins (14), and overall victories (18)…registered conference wins over Steve Guntly of Wisconsin and Colin Foster of Purdue, helping Iowa to wins in both matches…recorded three-match conference winning streak with singles wins over Michigan State, Michigan, and Northwestern …posted 8-14 doubles record playing entire dual season at No. 1 doubles…five of conference doubles losses were by 2 points or less…named 2005 Team MVP.

Hawk Item — Transferred to Iowa after playing as a freshman and sophomore at Johnson County Community College.

2004 Fall – Compiled a record of 4-5 in singles play… was second on the team in singles matches (9) played… competed in the qualifying rounds of the Big Ten Singles Championships… teamed with Kyle Markham to boast a record of 6-4 in doubles competition… advanced to the quarterfinals of the ITA Regionals before getting beat by the No. 1 seeded duo who were nationally ranked.

High School – A two-time state-champion in doubles play in his sophomore and senior years… placed third in singles play at state as a junior… finished sixth in doubles action at state as a freshman… His team won the state championship his sophomore season… a four-time conference champion… member of the National Honor Society and academic honor roll… high school coach was Bryant McKee.