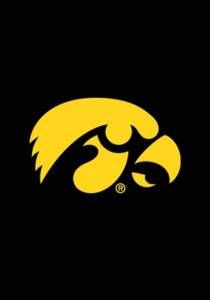 Northern Michigan University – Named to the All-GLIAC First Team, All-GLIAC Tournament Team, and the United Soccer Coaches All-Midwest First Team in 2021… earned GLIAC Offensive Player of the Week recognition in Week 1… registered 17 points on  six goals and five assists… started in 17 of 18 games… scored a pair of game-winning goals… led Northern Michigan with 66 shots and tied for first with 27 shots on goal… started all 12 matches in 2020… named GLIAC Offensive Player of the Year and earned All-GLIAC First Team honors… led Northern Michigan in goals (11), total points (23), shots (62), shots on goal (25) and game-winning goals (3)… ranked second in NCAA Division II in goals, fourth in total points, and ranked seventh in goals per game… made 17 starts and appeared in all 18 matches in 2019… led the team with five assists, 64 shots and 27 shots on goal… scored goals against Purdue Northwest and Michigan Tech… assisted on the game-winning goal at Michigan Tech to help send Northern Michigan to the conference tournament… also had assists against Winona State at Parkside, at Tech, and against Davenport… played in all 17 games as a freshman, starting 16 games on the season… led Northern Michigan with nine goals and six assists for a total of 24 points… set a Northern Michigan record of nine points against Finlandia as she tied a school record with four goals and an assist… added a goal and two assists at Purdue Northwest… scored two goals at Saginaw Valley State… scored goals at Parkside and against Ferris State… posted assists against Southern Indiana, Northwood and Parkside.

High School – County Player of the Year as a senior at Hartland High School (Hartland, Michigan) after recording 17 goals and 43 points… was second on the varsity team as a junior with 11 goals, but lead the team with 11 assists… as a freshman, guided Hartland to the conference and sectional crowns… club team was Michigan Alliance FC.

Personal – Daughter of Cheryl and Stephen Halonen… one of 10 siblings.