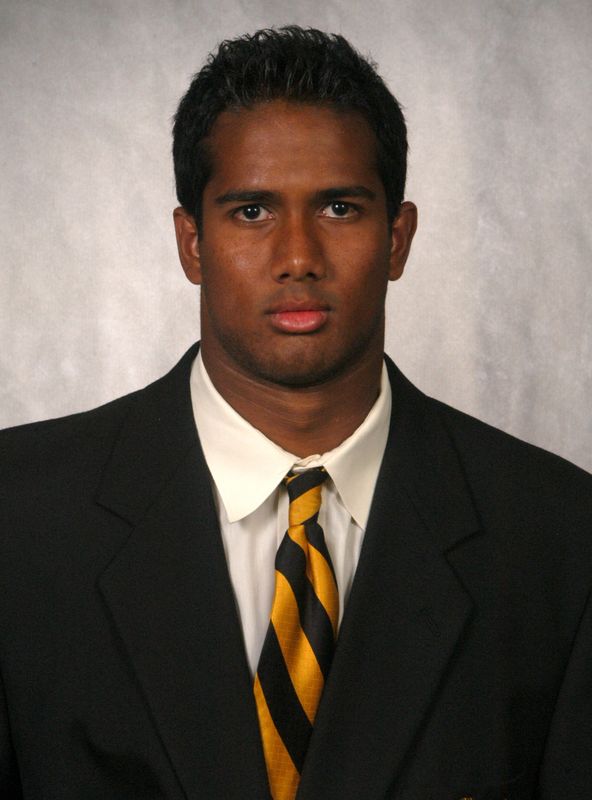 2005 Fall–Was injured for part of the season…returned to compete at ITA regionals and Big Ten Indoor Tournament…complied 2-3 record in singles…teamed with Bierich to go 1-1 in doubles.

2005 Spring–Compiled 8-13 record while playing entire season as Iowa’s top singles player…notched second collegiate win over a ranked opponent by defeating 93rd-ranked Paul Rose of Purdue…played against 4 of the nation’s top 50 ranked players…6 of 8 wins were in straight sets…recorded a five match win streak in non-conference dual action…tied Michigan’s State Andy Formanczyk at one set apiece in Big Ten tournament play…posted a 9-13 doubles record at the No. 2 position…teamed with Aaron Schaechterle for a 8-7 (4) vicotry over Hoevelar/Schaechterle of Northwestern…teamed with Bart van Monsjou to record a victory over Raemisch and Weinig of Wisconsin.

2004 Fall — Competed in all four tournaments in the fall season… Played in the Main Draw of the Big Ten Singles Championships… competed in the second most singles matches (9)… went 2-7 in singles play… teamed with Bart van Monsjou to go 4-3 in doubles play… advanced to the second round of the ITA Regionals in the Main Draw.

2004 Spring —Competed the majority of the season as Iowa’s top singles player… at 19, was the youngest player to compete in Iowa’s top singles position since Tyler Cleveland competed as a 19-year-old freshman in 1998… posted a singles record of 3-17 (2-12 at No. 1, 1-5 at No. 2)… in Iowa’s last regular season dual, defeated Penn State’s Malcolm Scatliffe, ranked 98th nationally, to record his first collegiate win over a ranked opponent… recorded a win over Wisconsin’s David Hippee in straight sets at No. 2 singles… recorded his first win at the No. 1 position with a straight-set victory over DePaul’s Mark Henderson… posted a 3-17 doubles record (1-9 at No. 1, 2-8 at No. 2)… recorded a 2-1 record teamed with Walter Valarezo at No. 2 doubles.

2002 Fall —Recorded a win over Liberty’s Ernesto Malagrino in first collegiate singles match… went 4-5 in singles competition… competed at the Virginia and Boilermaker Invitationals… recorded a 2-2 mark in the 7-8 bracket at the Big Ten singles championship… posted a 1-3 record in doubles competition with Parker Ross.

High School —Received first-team all-province and all-conference honors all four years… was team captain as a junior and senior… named team Most Valuable Player as a senior… also competed in hockey and baseball… recipient of the 2002 St. Annes Parents Club Award and the 2001 Proficiency Award.