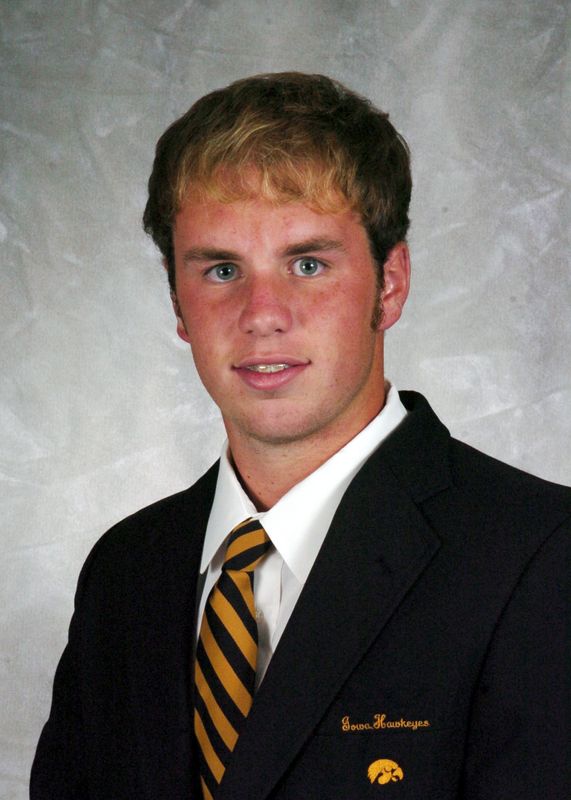 2008 Spring – Competed in all four tournaments… was one of four Hawkeyes to play in every spring event… finished tied for seventh at National Invitational Tournament… posted a three-under par score of 213 for the tournament… posted a season-low score of 67 during round two… tied for second at Kepler Intercollegiate with a 54-hole score of 222… finished tied for 35th at Big Ten Championships… led Hawkeye golfers with a season scoring average of 74.

2007 Fall – One of three Hawkeyes to compete in all five events… runner-up at Wolverine Invitational, posting a score of 214 and tying a career-low round of 65… finished 18th at the Big Four Invitational… finished season with a scoring average of 73.9.

2006 Fall – Played in three tournaments… posted season low round of 69 at the Memphis Intercollegiate… placed in the top 35 of each tournament… highest finish was tied for 24th at the Hawkeye Intercollegiate… had a 74.22 stroke average.

2006 Spring – Competed in five of seven events… tied for 35th at the USA Spring Classic, while carding a three-round 224… fired a 227 to place in a tie for 40th at the Furman Invitational… led team with 74.48 stroke average.

2005 Fall – Competed in all five tournaments… led team at Wolverine Intercollegiate finishing in a tie for second while shooting -7 and carding the low round for the season, shooting a 65 in the first round… first in team in stroke average (71.36)… ranked 92nd among all D-I golfers and 12th among freshman.