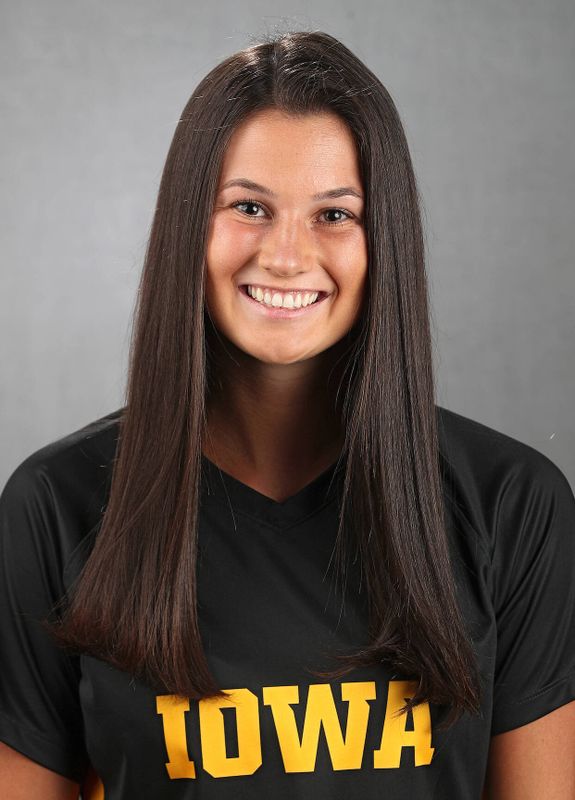 2020 Honors – Big Ten Sportsmanship honoree… voted as a recipient of Iowa’s Hawk Award… Academic All-Big Ten selection… named to the Dean’s List during the fall and spring semesters. 2020 – Saw action in all 17 games with 14 starts… logged 1,320 minutes where she attempted two shots… key member of Iowa defense that posted six shutouts… played 90 or more minutes in 11 games, including the final seven games.

2019 Honors — Named to the Dean’s List for fall and spring semesters. 2019 — Saw action in six games… logged 104 minutes… member of an Iowa defense that had eight shutouts and allowed seven or fewer shots in 13 games.

2017 Honors — Academic All-Big Ten. 2017 — Battled injury to see action in nine games, logging 257 minutes… collected one assist in the season-opener at Richmond (8/20)… fired four shots, three of which were on goal… letterwinner.

High School — Played club soccer for the Michigan Hawks… played U10 and U11 for Michigan Hawks, U12 and U13 Vardar, where she was team captain… competed for Michigan Hawks from U14-U18… was a U18/19 and U14 ECNL National Champion, and U15 ECNL finalist… participated in the ID2 National Camp in Chula Vista, Calif., and Phoenix, Ariz…. also was a three-year letterwinner in basketball, helping team to 2015 and 2016 city titles and a 2015 district championship… four-year letterwinner in track and field as a long jumper and hurdler… earned first-team All-Observer honors in long jump in 2014… was a state long jump finalist in 2014 and was city champion in 2014 and 2015… track MVP as a freshman… also lettered in cross country as a freshman… named to Honor Roll all four years… three-year KLAA Scholar-Athlete… club coaches were Doug Landefeld, Adil Salmoni, and Dererk Williford.