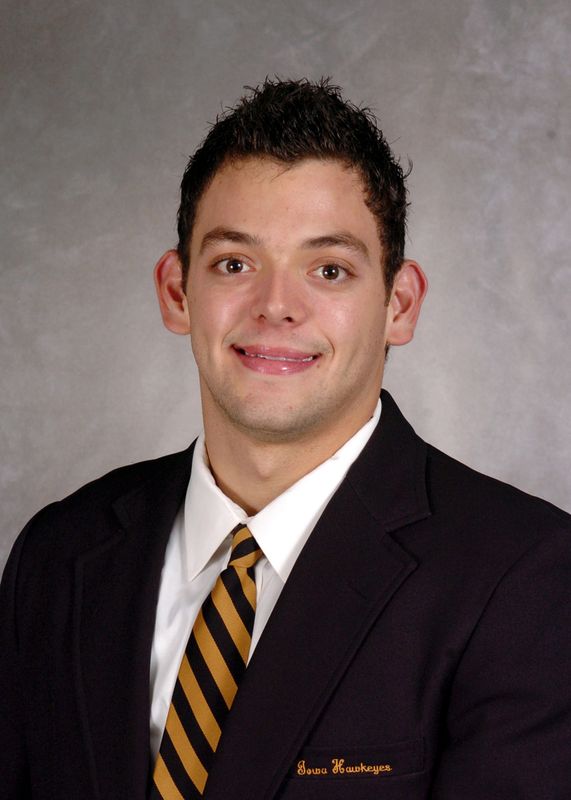 2008 – Placed fourth on floor exercise against Illinois-Chicago with a 14.05… posted three season bests against Illinois, including floor exercise (14.70), pommel horse (13.40), and rings (14.50)… placed fifth on parallel bars at Nebraska, with a final score of 14.35…qualified for individual event NCAA finals in rings after scoring a 14.55 and placing 17th overall at qualifiers… named Best Competitor in the ‘Red Zone’ for 2008 season… member of the 2007-08 Academic All-Big Ten team.

2007 — Set his personal best score on floor exercise, 9.00, at the Big Ten Championships… recorded an 8.9 on floor exercise at the NCAA qualifier to finish 22nd… at the Big Ten Championships, scored an 8.7 on vault to tie for 16th… scored an 8.8 on parallel bars at Oklahoma… posted an 9.10 on rings at the NCAA team qualifier setting his personal best on that event… recorded an 8.6 on parallel bars at Michigan… academic all-Big Ten team member… won team award for his inspirational performance at the Big ten Championships… letterwinner.

High School – Ranked number two in 2002 graduating class… placed second in the all-around at the 2000 Mexican National Championships… was the Mexican National Champion on pommel horse, placed second in floor exercise and parallel bars, and third on vault in 2005… member of Mexico[apos]s National Gymnastics Team… competed at World Championships in 2003, the Pacific Alliance Meet in 2004, the Specialist Pan-American Games in 2004, and the American Cup in 2005… club coach was Steve Butcher of Mission Valley YMCA in San Diego, CA.