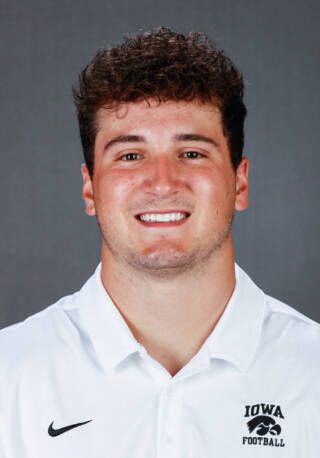 High school honors – – Earned all-conference honors and was second in voting for defensive MVP as a junior and senior . . . earned all-conference honors as a sophomore . . . Career – – Four-year football letterman as linebacker and tight end . . . helped prep teams post 34-5 record over his final three years, including 14-0 mark as a sophomore . . . prep teams reached state semifinals as a freshman, won state championship as a sophomore, reached quarterfinals as a junior and reached state championship again as a senior . . . recorded 109 tackles as a senior, with 12.5 tackles for loss, 3.5 sacks, one interception, one forced fumble and one recovered fumble . . . 82 tackles as a junior, including 14 tackles for loss, 8.5 sacks, four forced fumbles and two recovered fumbles . . . five receptions for 47 yards and a touchdown on offense as a junior . . . 76 tackles, 13 tackles for loss, 9.5 sacks, three forced fumbles, and two recovered fumbles as a sophomore, with two receptions for 27 yards and two scores on offense . . . three-year team captain . . . also lettered in track and wrestling as a prep.