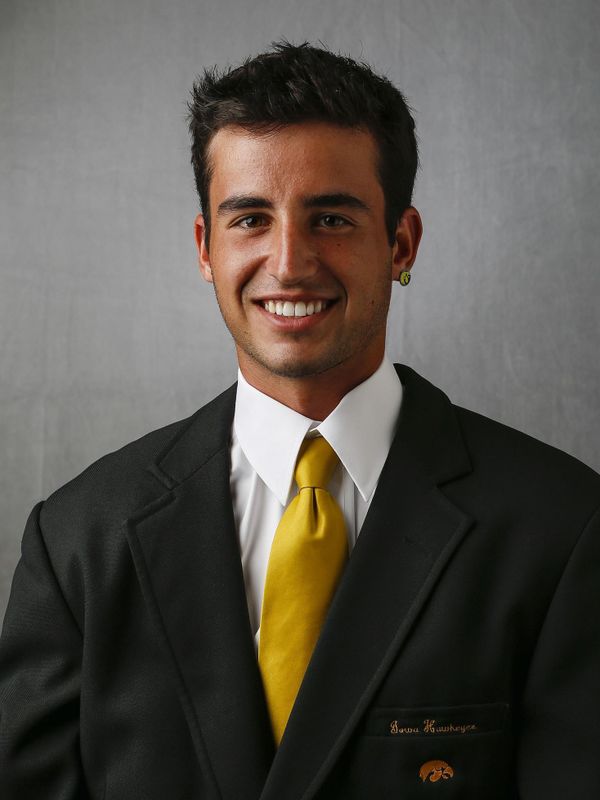 Spring 2018 — Won 10 singles matches playing primarily at No. 1 (10-11)… posted a 9-1 record in three-set matches… was a perfect 7-0 in three-set matches in which he lost the first set… registered two wins over ranked opponents: No. 116 Raheel Manji (Purdue) and No. 124 Dominik Stary (Northwestern)… his three-set win over Charlie Broom clinched Iowa’s highest ranked win in program history in a 4-3 triumph at No. 14 Dartmouth on Feb. 24… won only doubles match, paired with Jason Kerst, in a 6-0 win over South Dakota State… letterwinner.

Spring 2016 — Tallied a singles record of 13-8, the third best on the team… won a team-best 14 doubles matches, including 11 with partner Dominic Patrick… defeated then No. 113, Alex Knight of Michigan, 6-2, 6-2… letterwinner… Co-MVP with Jake Jacoby and Lefteris Theodorou.

Spring 2015 — Recipient of the team award for the most combined wins in singles and doubles… posted a singles record 16-7, the best singles winning percentage on the team… competed at the No. 4 and No. 5 singles positions… clinched the match against 54th-ranked Utah at the No. 5 singles position with a win over Freddie McGeehan, 6-1, 4-6, 6-4… tallied an 11-6 record in doubles, the best doubles winning percentage on the team… earned nine doubles wins with Dominic Patrick as his partner… letterwinner.

Personal — Born on May 8, 1996… son of Charles and Chriss Silverstein… has three siblings, Bradley, Eric and Ryan.