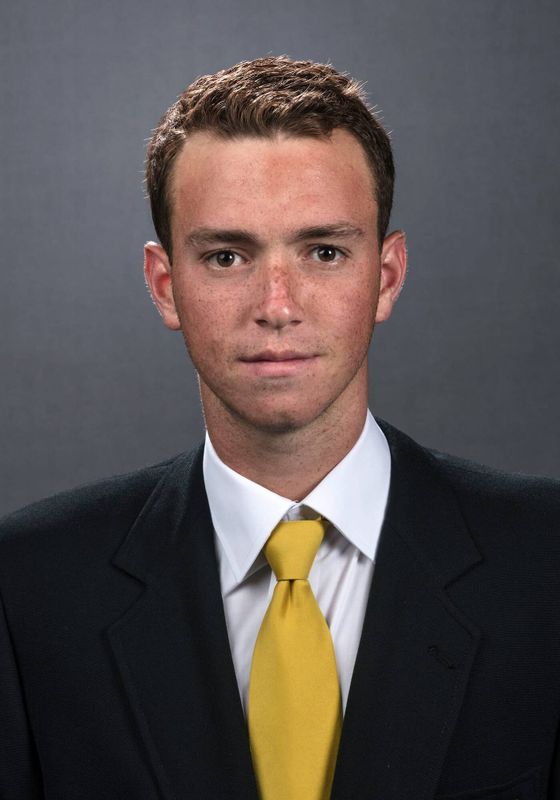 Hawk Items — No. 2 all-time in Iowa history in combined singles and doubles victories with 146… his 85 career singles wins and 61 career doubles wins rank second and eighth, respectively, in school history… earned 38 points on the ITF World Tennis Tour during the Summer of 2019… doubles champion at the ITF World Tennis Tour 15k event… played No. 1 in singles for Syria in the 2019 Davis Cup and was promoted to Group 2 in July…won 22 doubles matches as a sophomore, which ties for fourth in Iowa single-season history… his 23 singles victories as a freshman and junior tie for 11th-most in a single-season in program history.

Fall 2019 — Made second straight appearance at ITA Fall National Championships in the singles bracket… won four straight matches at ITA Central Regionals to qualify for the national event… recorded two wins over national-ranked opponents… won three straight matches to qualify for the ITA Main Draw, becoming only the second Hawkeye to accomplish the feat… posted a 7-3 record during the month of October.

Spring 2019 – Second-team All-Big Ten honoree, becoming the third Hawkeye in five years to earn all-conference recognition… ranked as high as No. 112 nationally in singles and finished the season ranked No. 119… won 12 singles matches, 11 at No. 1… recorded a three-set win over No. 31 Constant De La Basse of Penn State and a straight sets victory over No. 123 Sergi Fontcuberta of East Tennessee State… won four of his last six singles matches… won a combined 16 doubles matches with partner Jonas Larsen, eight on court one and eight at No. 2, which ties for sixth best during the spring season in program history… posted a 5-2 Big Ten record in doubles, including wins over No. 52 and No. 53 ranked opponents… letterwinner.

Fall 2018 – Won six straight singles matches, including victories over No. 39 and No. 45 ranked opponents, to claim the ITA Central Regional Singles Championship… became the third Hawkeye to win ITA Regionals, joining Bryan Crowley (1994) and Tyler Cleveland (1999)… ranked as high as No. 35 in the country with doubles partner Jonas Larsen.

Spring 2018 — Won 19 singles matches, including finishing the season on a career-best nine-match win streak… seven of the nine straight wins came over Big Ten opponents… posted an 11-2 record on court four, which includes a perfect 7-0 record over Big Ten opponents…notched two wins over nationally-ranked opponents: No. 75 Stefan Milicevic (Minnesota) and No. 115 Antonioni Fasano (Northwestern)… ranked as high as No. 54 in the country in doubles with partner Jonas Larsen at No. 1… won four matches over nationally-ranked opponents: No. 17 Broom/Horneffer (Dartmouth), No. 79 Curry/Mylnikov (Texas Tech), No. 47 Vukic/Hiltzik (Illinois), and No. 56 Stary/Vandixhorn (Northwestern)… won a career-best five straight doubles matches between April 8-26… letterwinner.