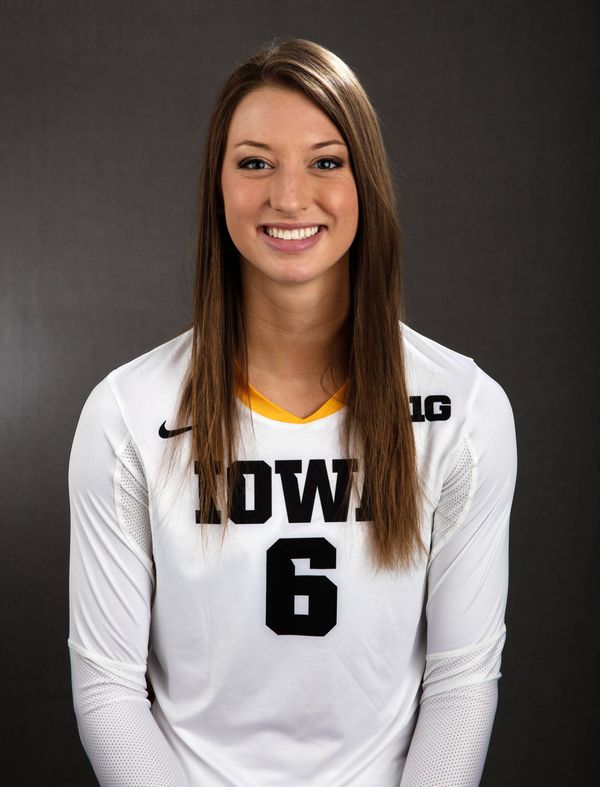 2017 as a Redshirt Junior… Appeared in 10 matches… had 10 kills and two aces… had two kill and a dig in Big Ten action… tallied two kills and a dig against Indiana on Nov. 3… had three kills against NIU on Sept. 8… racked up three kills and one ace vs. Wright State on Aug. 25.

2016 as a Redshirt Sophomore… Appeared in 18 matches… racked up 70 kills over 35 sets for 2.00 kills per set… had 31 kills during league action… tallied a personal-best two blocks in win over Rutgers on Nov. 16… collected seven kills against Rutgers… registered a career-high 21 attacks against Rutgers… had four kills at Purdue on Nov. 12… racked up a .400 attacking percentage at Rutgers on Nov. 4… amassed a career-high .889 hitting percentage with eight kills in nine attempts and no errors in Iowa’s win over Indiana… hit .421 with eight kills and no errors against Michigan State… led the team with nine kills and registered a career-high four aces against Montana on Sept. 10… posted eight kills and a .389 attack percentage against NDSU… registered 6 kills in 9 attempts against Western Illinois on Sept. 3.

2015 as a Sophomore at Missouri… Redshirted.