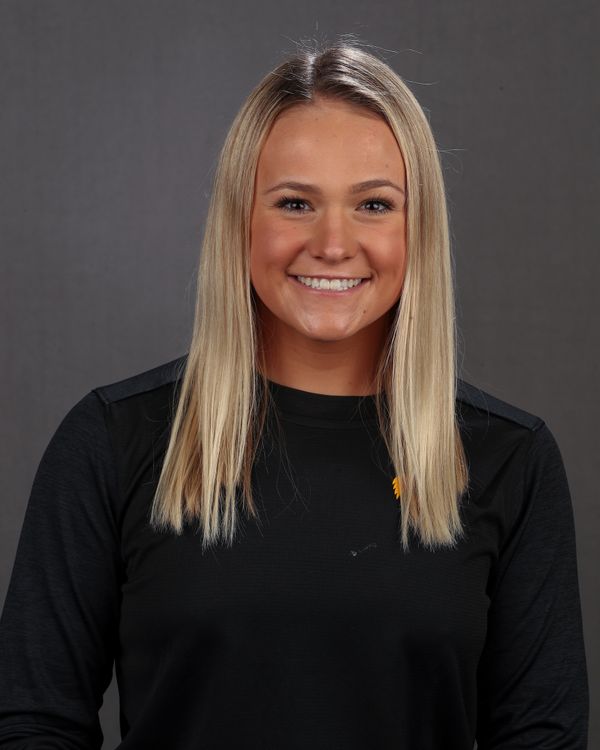 2019-20 at Purdue — Big Ten Freshman of the Week on Oct. 23… CSCAA Honorable Mention Scholar All-America. 2019-20 — Competed in the backstroke, butterfly and IM events… established Purdue freshman records in the 100 back (54.36), 100 fly (53.51) and 200 IM (1:59.70)… eclipsed a Purdue freshman record in the 100 fly had had stood since 2014… posted her season bests in the 100 fly and 200 back (1:57.06) at the Big Ten Championships… broke two minutes in the 200 IM (1:59.70) to eclipse the freshman record at the Purdue Invitational… Purdue all-time rankings: fifth in 200 back, sixth in 100 back, sixth in 100 fly, sixth in 200 IM… won the B final of the 100 fly at Big Tens and accounted for 26 team points after also scoring in the 200 back… also swam the butterfly leg on both of Purdue’s medley relay teams at Big Tens… registered seven individual event victories to lead the Purdue swimmers… accounted for a team-high 60 points at the Purdue Invitational, finishing among the top five of four different A finals… victorious in both the 100 fly and 100 IM while also qualifying for the semifinal round of the 50 fly ladder tournament at the FIU Sprint Invitational, winning the quarterfinal race… swept the backstroke events, won the 100 fly and contributed to the victorious 200 medley relay team in the dual meet win vs. Michigan State… swept the 100 back and 100 fly while also contributing to the victorious 200 medley relay team at the season-opening Indiana Intercollegiates.

High School — Four-year Illinois state qualifier for coach Robert Rooney at St. Charles North High School in suburban Chicago… four-year All-American and All-State honoree… qualified for championship finals at state 12 times, including four times both of her upperclassman years… honored as the team’s most valuable swimmer and leadership award recipient as a senior… two-time team captain was recognized as the hardest worker as a junior… helped St. Charles North finish in third place at state as a freshman and junior… also competed for the Saint Charles Swim Team club… four-year academic all-conference honoree and honor roll student… served as the editor in chief of the yearbook as a senior.