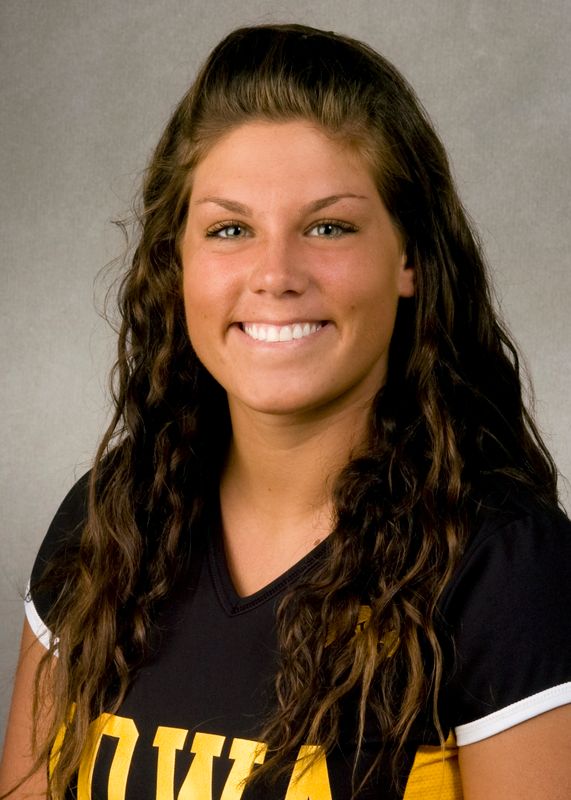 Hawk Item… Transferred to Iowa during the summer of 2008 after spending one season at Indiana.

2007 as a Freshman at Indiana… Played in all 117 sets for the Hoosiers… led the team with 1,402 assists, which is the sixth highest single-season total in IU history… also added 245 digs, 71 blocks, 72 kills and 26 service aces… 11.98 assists per set average ranked seventh in Big Ten… named to the All-IU adidas Classic team… recorded 10 double-doubles… had 66 assists in a four-set match against Western Illinois… had season-high five attacks at Purdue.

High School… All-conference selection as a junior and senior… served as a team captain for Club Fusion during the 2006-07 season… also played for the Sky High Volleyball Club team for three seasons… named Most Valuable Player for the 17 and under National Division at the Junior Olympic Girls Championships while leading her team to a first place finish… received the Lake Forest/Lake Bluff Morning Rotary Club Award for community service through Red Cross.

Personal… Born 5/14/89… parents are Jay and Lisa Hilgenberg… father, Jay, played football at Iowa from 1977-80 and enjoyed a 13-year career in NFL that included seven Pro Bowl selections and a Super Bowl championship with the Chicago Bears in 1985… … communications studies major.