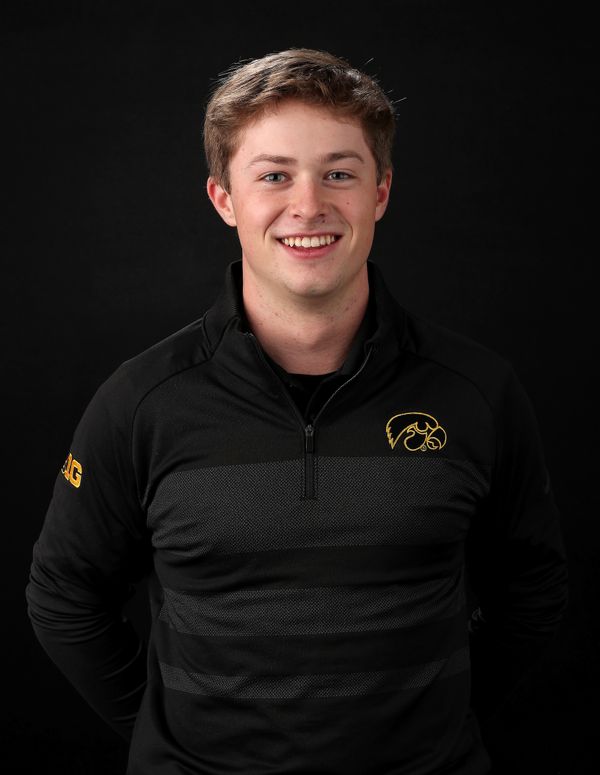 Spring 2021 — Did not compete… letterwinner.

Spring 2020 — Competed in two tournaments… finished 0-4-0 at the Big Ten Match Play Championships… competed as an individual at the Puerto Rico Classic, tying for 16th among all other individuals with a three-round total of 243 (+27)… season canceled by Big Ten Conference and NCAA on March 12, due to concerns of coronavirus (COVID-19)… Spring Semester Dean’s List honoree… letterwinner.

Fall 2019 — Competed in one tournament… tied for 50th in Hawkeye debut at Golfweek Conference Challenge with a three-round total of 225 (+9).

High School — Earned medalist honors at the 2018 Class 4A Iowa State Championship after shooting a 65 (-6)… recorded the second lowest 18-hole average in Iowa Class 4A this season with a 71.25… his 65 (-6) is the lowest 18-hole score at a state tournament since 2001… named a finalist for the All-Iowa Boys’ Golfer of the Year… won the state championship 64 years after his grandfather… Bettendorf High School’s third state medalist… earned medalist honors at five of the six tournaments in 2019… named the 2019 MAC Player of the Year… one of 64 golfers to advance to match play at the 2019 U.S. Junior Amateur at Inverness Club in Toledo… finished as runner-up amateur at the 2019 Iowa Open.