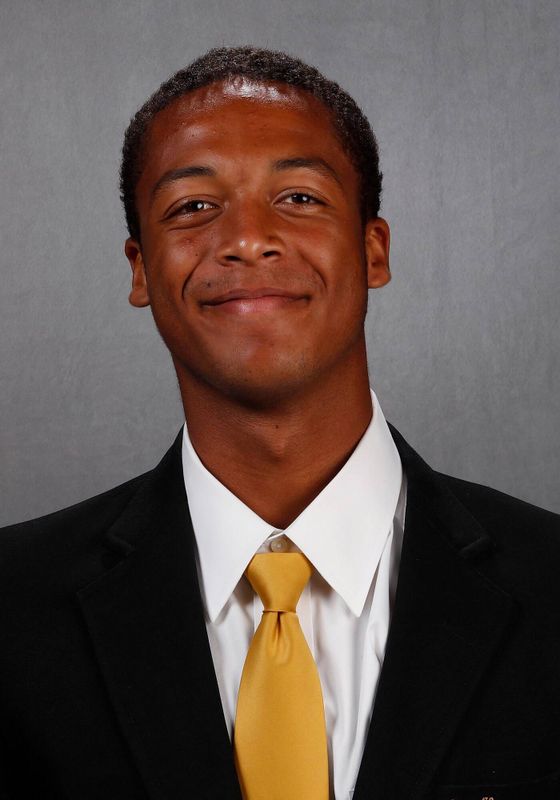 Hawk Items — Ranks second in program history in doubles winning percentage in spring matches only (.714, 30-12)… won 24 doubles matches in the fall and spring as a freshman, which ties for second most all-time in program history… collected 18 points on the ITF World Tennis Tour in Summer of 2019… Doubles Quarterfinalist at the ITF World Tennis Tour 25k event in Iowa City with Davies.

Spring 2021 — Qualified for the 2021 NCAA Championships Doubles Tournament with partner Will Davies… became the seventh doubles team at Iowa, and first in 32 seasons, to compete at the NCAA Championships… Okonkwo/Davies ascended as high as No. 2 in the national rankings, marking the highest ranking ever for an Iowa doubles team, and finished the season ranked No. 29… registered 12 doubles victories, including 10 with Davies… went 4-1 against ranked doubles opponents including bouncing the No. 14 (Illinois) and No. 7 (Northwestern) ranked teams in consecutive matches… won first eight doubles decisions of the season… won seven singles matches, playing a majority of time at No. 2 and No. 3… beat #112 Kyle Seelig of Ohio State in three sets and #120 Alex Brown of Illinois in three sets… letterwinner.

Spring 2020 — Won eight singles matches, four each at No. 2 and No. 3… recorded one victory over a ranked opponent in his last match versus No. 122 Eero Vasa from Cornell… ranked as high as No. 10 nationally, a program best, in doubles with partner Will Davies… won six doubles matches at No. 1, including two against ranked opponents, before the season was canceled by the Big Ten Conference and NCAA on March 12, due to concerns of coronavirus (COVID-19)… Spring Semester Dean’s List honoree… letterwinner.

Fall 2019 — Partnered with Will Davies to become first Hawkeye doubles team in 20 years to qualify for the ITA Fall National Championships … Okonkwo/Davies posted a 6-2 record to qualify for the national tournament… registered the best win in school history over the No. 6 team from Columbia (7-5, 6-2)… won four consecutive ITA Central Regionals doubles matches to become first Hawkeye duo in more than three decades to finish as doubles finalists at the ITA Central Regional Championships… Okonkwo/Tyler won three straight doubles matches to finish runners-up at the Big Ten Indoor Championships.

Spring 2019 – Won 27 singles matches in the spring, which ranks fourth all-time in school history, and the most ever by an Iowa freshman… recorded 18 singles wins in the spring, which rank 11th most in program history… mostly saw action on courts two, three, and four… posted a 9-1 record playing at No. 3… registered first win over ranked opponent, bouncing No. 54 Mattias Siimar of Michigan in straight sets… won seven of his last nine singles decisions… won 16 doubles matches with partner Will Davies, including a 10-2 record at No. 2 and a 6-3 mark on court one… won three doubles matches over ranked opponents, including a program-best win over No. 8 Nemeth/De La Basse of Penn State… Davies/Okonkwo were ranked as high as No. 58 nationally… Dean’s List honoree… letterwinner.

Junior Curcuit — Earned top-20 in UK U16 rankings….played singles and doubles and won the Aegon Winter County Cup in 2016… runner-up at 2016 and 2017 British National Championship in doubles… Champion of the Grade 4 International Tennis Federation… earned top-25 in UK U18 rankings… eighth ranked junior in LTA U18 National Rankings.