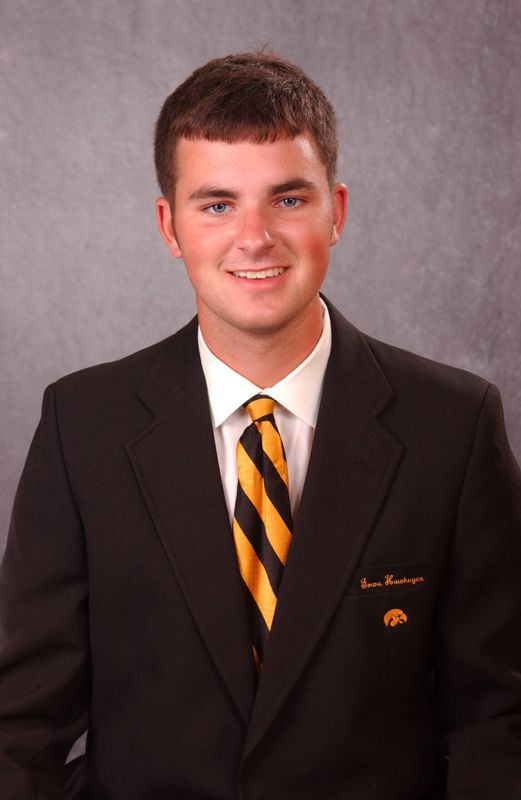 2008 Spring – Competed in all four tournaments… was one of four Hawkeyes to play in every spring event… finished tied for 32nd at the Kepler Intercollegiate with a 54-hole score of 232… placed 52nd at Big Ten Championships… finished spring season with a scoring average of 77.3.

2007 Fall – One of three Hawkeyes to compete in all five fall events… finished tied for 11th at Big Four Championship with score of 143… took third place with a score of 213 and a season-low round of 67 at Landfall Tradition… finished fall season with a scoring average of 73.3.

2006 Spring – Played in six of seven meets… earned his first Big Ten Golfer of the Week honor (March 16) after placing ninth and the USA Spring Classic, while carding a three-round score of 218… tied for 28th at the Kepler Intercollegiate after shooting 229 in three rounds.

2005 Fall – Competed in all five tournaments… finished second in Hawkeye Intercollegiate carding a score of -8 in three rounds… tied for fourth place at Big Four Championships with score of 144… third on team in stroke average (72.78).

2005 Spring – Competed in five of six meets… top finish was placing 10th at the Emerald Coast Collegiate while carding a 54 hole score of 217.

2003 Fall — Competed in four of five meets… tied for 7th at Big Four Championships (144)… tied for 27th at Northern Intercollegiate with a three-round 222…averaged 75 strokes over seven rounds… low round was 70.